Last night the hashtag #IStandWithHarry trended on Twitter as heroic writer and political activist Harry Leslie Smith was took ill in hospital. Jeremy Corbyn led the tributes to the Second World War veteran who was reported to be “not in a good way” after been taken into A&E by his son, John. The Labour leader said: “We […] 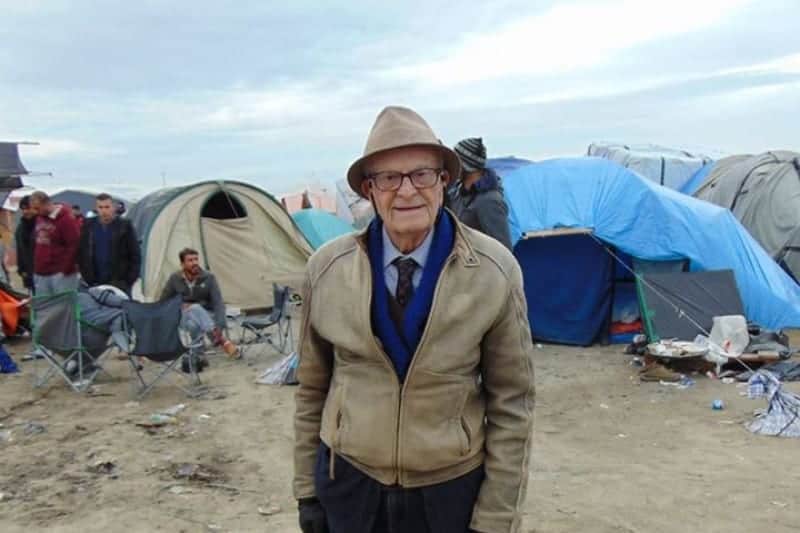 Jeremy Corbyn led the tributes to the Second World War veteran who was reported to be “not in a good way” after been taken into A&E by his son, John.

The Labour leader said: “We need him to get well soon as the National Health Service, and our movement, needs him”. The 95-year-old, who grew up in poverty in Yorkshire, has made frequent warnings that the country is returning to the dark days of the past as deprivation grips society and nationalist politics enter the mainstream realm once again.

Last night Harry’s son took over his Twitter account as updates on “the world’s oldest rebel” were communicated.

As Harry fell into a deep sleep early in the night John told him about the concern rippling across Twitter for him.

He said, “tell them, I love each of them so much.”

Harry shot to fame with a moving speech to Labour Party conference in 2014.

He stole the show, moving delegates to tears during a debate on the NHS and social care.

Last year he announced he was to embark on a Last Stand Refugee Tour visiting refugee camps across Europe, America and Australia.

On his GoFundMe page, he warned the western world stands at it’s most dangerous juncture since the 1930s, writing:

“My life is at eventide because I will be 95 in February 2018. For close to one hundred years, I have witnessed humanity at its best and worst. And right now in this present age, mankind is in one of its most difficult stages. It’s why I need your help today, so that I can complete the last great challenge of my existence before old age consumes me. I am one of the last few remaining voices left from a generation of men and women who built a better society for our children and grandchildren out of the horrors of the Second World War as well as the hunger of the Great Depression. Sadly, that world my generation helped build on a foundation of decency and fair play is being swept away by neo liberalism and the greed of the 1% which has brought discord around the globe.”

We stand with Harry.