"So he settle this court case on international women's day," wrote one person. 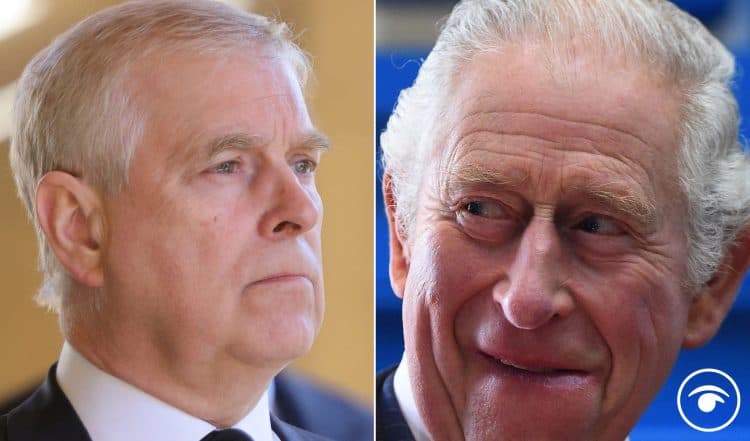 The civil sexual assault case brought against the Duke of York in the US has been officially dismissed after he paid a financial settlement to his accuser Virginia Giuffre.

“Stipulation of Dismissal” court documents were filed on Tuesday calling for the legal action to be ended.

The joint order filed with the US District Court Southern District of New York added that each party would pay their own costs and fees.

Earlier on Tuesday, the Treasury confirmed no taxpayer funds were used for Andrew’s multimillion-pound payment or for his legal fees.

A Freedom of Information request asked whether any money from the Sovereign Grant to the royal family or any other government funded money was used for either the out-of-court payment to Ms Giuffre or for Andrew’s legal costs.

The Treasury’s response said: “No public money has been used to pay legal or settlement fees you refer to.”

Andrew has faced calls to confirm how he funded the substantial out-of-court settlement – which is reported to be as much as £12 million – and whether the Queen or even the Prince of Wales contributed to the sum.

The Queen receives £21.7 million a year from the Duchy of Lancaster and is believed to use an unknown amount of this private income to fund Andrew’s royal duties and part of his private life.

This private Duchy income is separate from the taxpayer-funded Sovereign Grant.

The Queen receives the Sovereign Grant to fund her official duties as head of state and to maintain the occupied Royal Palaces.

No member of the royal family receives a private income from the grant or any other public funds.

Buckingham Palace has yet to comment. Clarence House declined to comment as to whether Charles had helped his brother with the payment.

Ms Giuffre was suing Andrew for sexual abuse, saying the duke had sex with her when she was 17 and had been trafficked by his friend, the late billionaire paedophile Jeffrey Epstein.

Andrew, who has stepped down from royal duties and public life, claimed he has never met Ms Giuffre, but went on to avert a looming trial by agreeing a settlement last month.

The Queen had already taken steps to distance the royal family from Andrew and protect the monarchy brand.

She stripped him of his honorary military roles in January, with the duke also giving up using his HRH – a style he was born with.

In response Republic tweeted: “We pay Charles more than £22m a year from Duchy profits. Now he’s able to lend £7m to his brother to help him out of having to appear in a court of law.”

Related: Prince Andrew agrees not to say he did not rape Virginia Giuffre