‘We are taxpayers not invaders’: Albanians send a powerful message to Braverman

Thousands took to the street this weekend to protest home secretary Suella Braverman “discriminating” against Albanians. 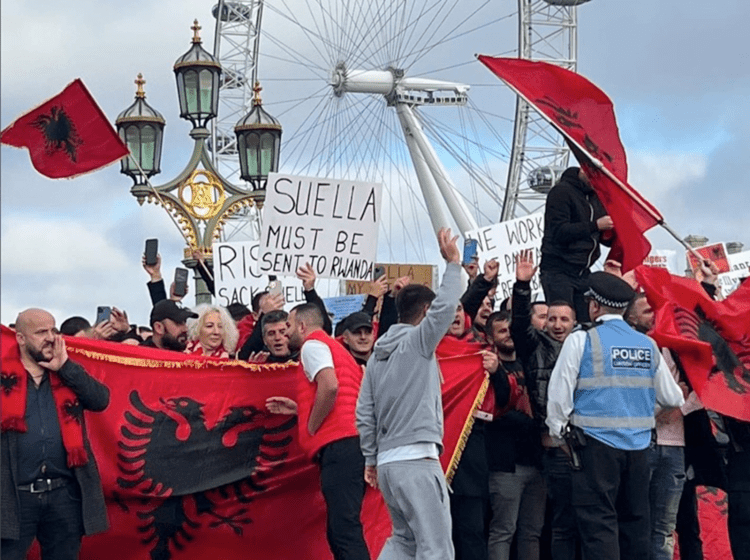 Thousands of Albanians took to the streets in London this weekend to call for the removal of the home secretary, Suella Braverman.

The Balkan country has been targetted with vitriol from the Conservative MP, who claimed there has been a “surge” in the number of people immigrating to the UK from Albania and that many of them are “abusing our modern slavery laws”.

Earlier this month Edi Rama called for “mutual respect” as he struck out at the “insane” and “easy rhetoric” of targeting his citizens for the UK’s border failures.

And it would seem many migrants from the country living in the UK would agree.

Citizens took to the streets this weekend brandishing banners that read that they are not criminals and that they work and pay taxes.

Others had ‘Rishi sack Suella’ and ‘Braverman, you can be a criminal, we can’t’.