"Good on Adil Ray, these bigot MPs can't be allowed to get away with their horrendous dog whistle policy announcements. Especially as it's all to do with getting Johnson out of the crosshairs." 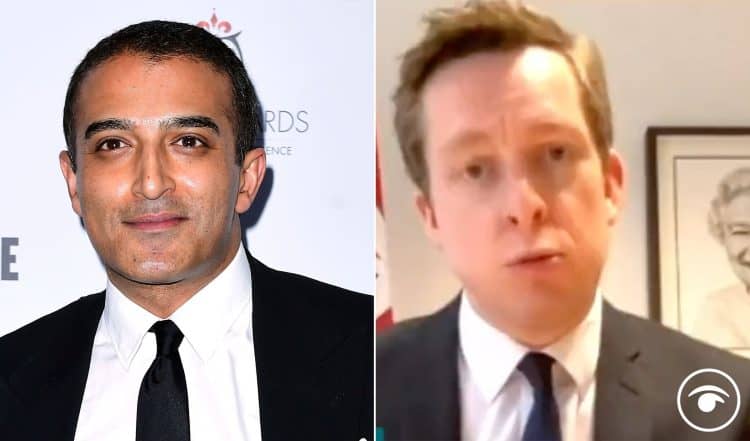 More than 160 charities and campaign groups have called on the Government to scrap “shamefully cruel” plans to send asylum seekers who cross the English Channel in small boats to Rwanda. It comes as a Home office Minister was slammed on Good Morning Britain.

In an open letter to the Prime Minister and Home Secretary Priti Patel, the signatories demanded that the Government scrap the scheme, cease plans to overhaul the Human Rights Act, and “instead create humane and effective solutions” for those seeking refuge in the UK.

“Sending people seeking asylum to Rwanda will cause immense suffering, with the most vulnerable people bearing the brunt,” they wrote.

They said to send people seeking asylum to Rwanda would be “cruel and immoral”, criticising the country’s track record on human rights.

The organisations said that the Government’s plan would result in “more, not fewer, dangerous journeys – leaving more people at risk of being trafficked”.

They also warned the cost of the plan would be “astronomical”.

With this in mind a furious Adil Ray demanded to know if Home office Minister Tom Pursglove would live in Rwanda. He asked: would you move your family to Rwanda?

He replied: “That’s not relevant”

He said he might visit the nation but the chances he would live there with his own family appear very slim.

Then his internet connection dropped out, which was very handy for him.

He didn’t do much better on the BBC either…