She was also mocked by Clint Eastwood. 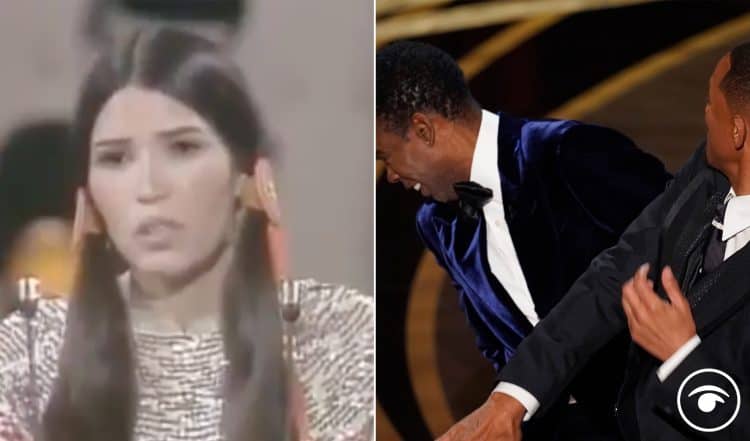 Last night the Oscars were thrown into chaos after Will Smith stormed the stage and hit Chris Rock in the face after the comedian made a joke about his wife Jada Pinkett Smith.

Daily Telegraph’s film critic Robbie Collin wrote an article to say it was the most shameful and unforgivable Oscar moment, and a lot of people seem to agree.

However, an incident from 1973 may well leave a worse taste in the mouth for many, excluding Chris Rock perhaps.

When Marlon Brando won his second Academy Award in 1973 for his iconic role in The Godfather he famously did not accept it himself.

Apache President of the National Native American Affirmative Image Committee, Sacheen Littlefeather accepted it on his behalf and spoke about the poor treatment of Native Americans.

As she walked onto the stage she was met with a mixture of boos and applause.

As she delivered the speech John Wayne was furious. She later said, “During my presentation, he was coming towards me to forcibly take me off the stage, and he had to be restrained by six security men to prevent him from doing so.”

She was also mocked by Clint Eastwood. Later in the show, he cracked that he was presenting his award “on behalf of all the cowboys shot in John Ford westerns over the years.”

Related: Richard Madeley flexes his guns as he wades into Chris Rock controversy