Seven-year-old Amellia Anisovych fled war-torn Ukraine with her siblings, while her parents stayed behind. 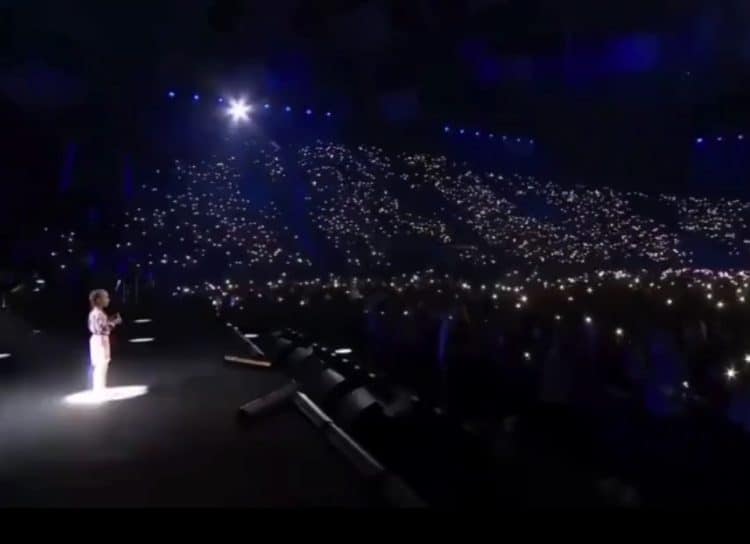 A Unkrainian girl who performed a moving rendition of the Frozen hit ‘Let It Go’ in a Kyiv bomb shelter appeared on stage at a charity concert last night to perform her country’s national anthem in front of a packed audience.

Seven-year-old Amellia Anisovych took to stage at a benefit concert called ‘Together With Ukraine’ in Poland.

The little girl fled war-torn Ukraine with her siblings, while her parents stayed behind.

Footage from the concert, held at an arena in the Polish city of Łódź, showed Amellia taking the stage to rapturous applause.

Though she appeared overwhelmed as she walked to her mark, she seemed to find her confidence and pride when she started to sing.

Watch the heartwarming footage below: