Demonstrators had gathered at Speakers' Corner in Hyde Park. 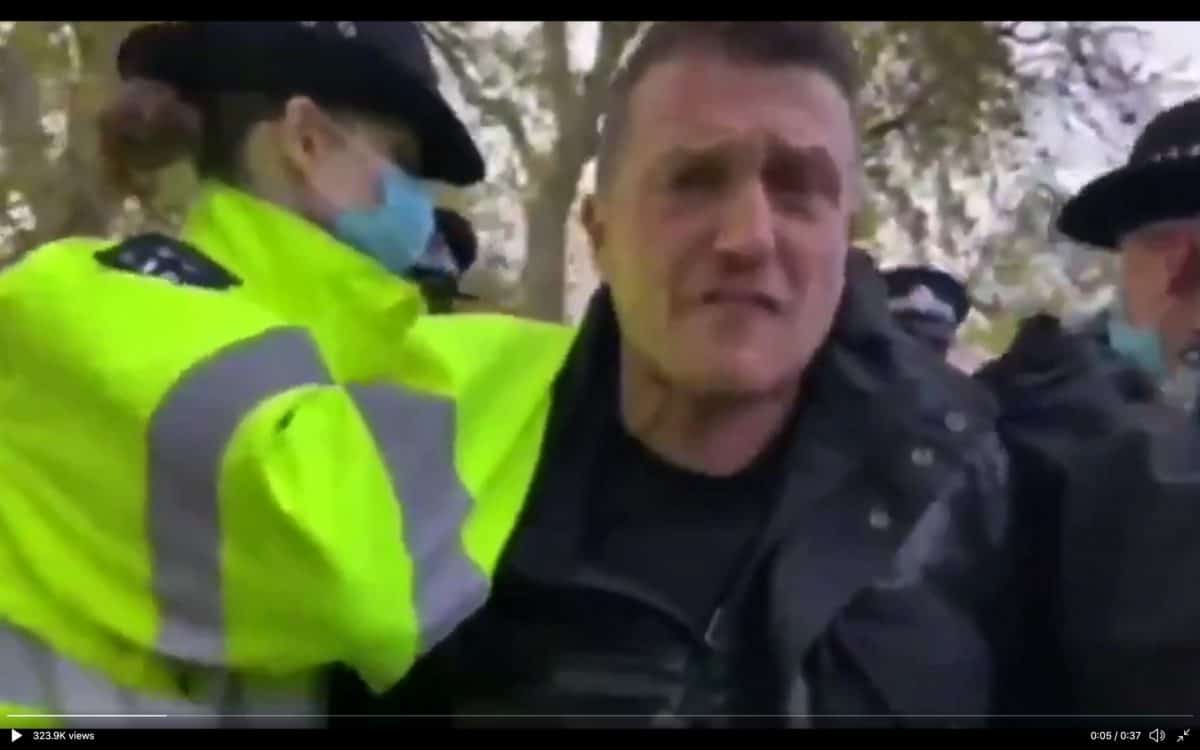 Footage of Tommy Robinson getting arrested at a Hyde Park rally has emerged after the former English Defence League leader was taken away by police.

Demonstrators had gathered at Speakers’ Corner in solidarity with another activist, Hatun Tash, who claims to have been attacked after showing an image of the prophet Muhammad.

Robinson was arrested under the coronavirus regulations for holding or being involved in the holding of the event, pleading with officers as he was marched away that he “hadn’t done anything wrong”.

He also tells officers “you’re breaking my f***ing arm”, as they handcuff him. Police eventually lead him away and put him into a van, as crowds gather to watch the scene unfold.

“At 2.44pm a man aged in his 30’s was arrested under the coronavirus regulations for holding or being involved in the holding of the event.

“He has been taken to police custody.”

Fascist Tommy Robinson crying like a baby whilst being handcuffed and arrested at Hyde Park, London. ? pic.twitter.com/eGLs4P1Giz