Undercover officers spied on the family of the murdered teenager Stephen Lawrence, deceived women into long-term sexual relationships and stole the identities of dead children. 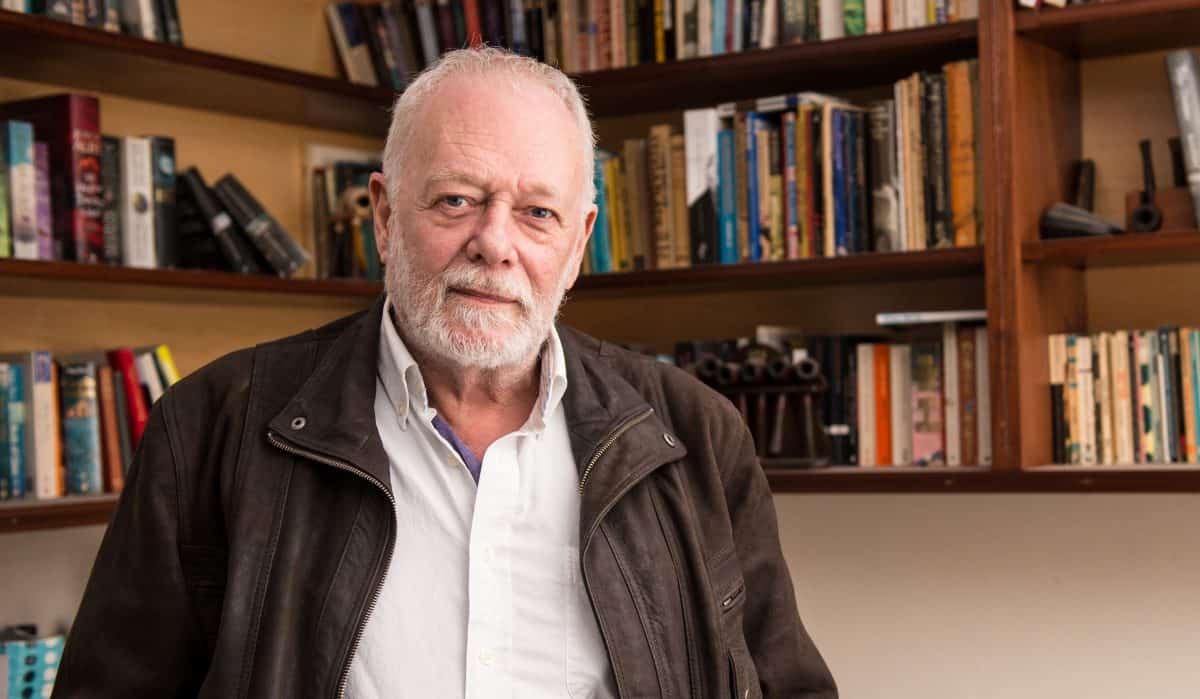 Government ‘spooks’ have infiltrated some of the UK’s largest charities that support Muslim refugees and asylum seekers – in a bid to protect national security, a former top Oxfam official warned today.

Neil MacDonald, 70, a former aid consultant for the British Government and the European Union, said undercover agents may have infiltrated charities that support Muslim refugees and asylum seekers.

He said that organisations such as Save the Children, Christian Aid, Oxfam, and the British Red Cross could all have been effected.

Neil believe that the ‘sleeper’ agents could be collecting information on Muslim immigrants and monetary donations sent from Britain to non-Allied countries.

Others may be working covertly in smaller domestic charities that help those living in, or fleeing from, Islamic countries like Syria, Iraq, Iran and Afghanistan, Neil claimed.

He said: “From my time working within the humanitarian sector, I highly suspect that aid agencies have been infiltrated in the past.

“Given the sensitive work of charities and aid agencies, which have privileged access to sources of information that the State might value, it would be hard not to believe that the police and other British intelligence agencies have and continue to infiltrate their ranks where they operate with impunity.

“We have seen this happen to over 1,000 political groups within the UK, so it is highly probable that the government is covertly spying on charitable organisations in the same way.

“Any vulnerable people seen by the authorities as a potential threat to national security, either in the UK or abroad, or as sources of useful intelligence, could potentially be under surveillance.”

The undercover operatives could be collecting information on the activities of Muslim immigrants and on monetary donations sent from Britain to non-Allied countries.

Many could have been in place for decades in the guise of managers, engineers, medics and logistics officers, Neil said.

He added that the secret intelligence network could be “substantially bolstered” in the UK by hundreds of police informants in management, financial and HR roles within domestic charities.

He continued: “The easiest way to gain such intelligence is through the infiltration or monitoring of agencies working with the dispossessed, essentially co-opting them without their consent as a tool of state policy.

“The difference between the infiltration of political groups and humanitarian organisations, however, is that charities and aid agencies are often only able to work within communities if they are perceived as neutral by these beneficiaries.

“If it ever publicly emerged that those charities had been infiltrated by the UK government or by police ‘spies’ then this neutrality would be shattered, perhaps irrevocably.

“Any charity exposed in this way would almost certainly be told to leave by the community, depriving the most vulnerable of receiving the essential medical aid, food and clean water that, frankly, keeps them alive.”

Neil has worked as an aid consultant for the British Government and the European Union, and in senior roles for charities and aid agencies including Oxfam and Save the Children for more than 40 years.

He claims that he was personally targeted by British intelligence during the 1980s and that it is “highly likely” that the monitoring of humanitarian groups continues today.

MacDonald says that, if his fears are correct, then undercover surveillance would be putting thousands of lives at risk and could jeopardise the vital work of charities in war-torn countries.

It would also represent a ‘flagrant’ misuse of power and a ‘shocking’ breach of trust, he added.

Due to Covid-19, these hearings will be conducted remotely.

The Inquiry will scrutinise how two units of the Metropolitan Police and the Association of Chief Police Officers spied on more than 1,000 political groups.

It was set up in March 2014 by Theresa May as home secretary after a cascade of revelations.

These included how undercover officers spied on the family of the murdered teenager Stephen Lawrence, deceived women into long-term sexual relationships and stole the identities of dead children.

The two police units in question, the Special Demonstration Squad and the National Public Order Intelligence Unit, have since been disbanded.

But MacDonald, 70, who retired in 2016 and now writes literary thrillers based on his career, fears that other, more secretive, police units and governmental departments are still operating under the radar in the third sector.

The so-called spycops scandal followed revelations about the Special Demonstration Squad, which was dedicated to full-time undercover infiltration of radical political organisations, and the National Public Order Intelligence Unit.

Between 1968 and 2008, officers within these two units had intimate relations whilst undercover, stood in court using false names, and stole the identities of dead children.

The outrage these revelations generated led to a public inquiry. Its chair, Sir John Mitting, will hear the first public evidence today. It is due to report its findings in 2023.

MacDonald, who also worked for the Central American Human Rights Coordination (CAHRC) between 1981 and 1984, said that firm evidence concerning the infiltration of charities is “hard to come by”.

But he points to classified documents leaked by the former CIA contractor and American whistleblower Edward Snowden in 2013 that revealed that UK intelligence agency GCHQ had been targeting humanitarian organisations including the UN’s children’s charity, UNICEF.

And he claims to have witnessed covert surveillance first-hand on more than one occasion during his career.

He says that he was allegedly monitored by MI6 while on a six-week CAHRC human rights fact-finding mission to the El Salvadorian capital of San Salvador in the early 1980s.

Despite entering Central America incognito, posing as an academic, he repeatedly “crossed paths” with an English man whom he’d known as a British diplomat.

On MacDonald’s return to the UK, the same man walked in to his London office, smiled, and left without saying a word.

“The message was clear: my activities abroad were being monitored,” he said.

MacDonald also says that on another occasion he was accidentally alerted to his phone calls being tapped and recorded.

He added: “I picked up the phone one day in my office and without dialling any number got a playback of a phone conversation I’d had from the previous day.

“I suspect that what had happened was that there had been a glitch in the recording equipment.”

Neil added: “The State must do what is necessary to protect national security, and there is an argument that infiltrating some anarchist or extreme political organisations could be necessary.

“But humanitarian organisations, as well as the campaigning groups and trade unions that we know have been previously infiltrated by British spycops, are peaceful, democratic institutions.

“In these cases, Governmental meddling is at best unnecessary; at worst, it can and probably is costing lives.”

When asked for a comment, a Home Office spokesperson said: “SWNS has refused to provide the Home Office with any specific detail or evidence on these completely unsubstantiated claims.”

Neil spoke out at the launch of his latest novel, The Tears of Boabdil, which is inspired by the scandal and examines the mindset of a spycop and the mental impact of living a double life.