Watch: Spoof telephone caller blames Corbyn for rail strikes and everything else

"This made me laugh out loud," wrote one person after watching the clip. 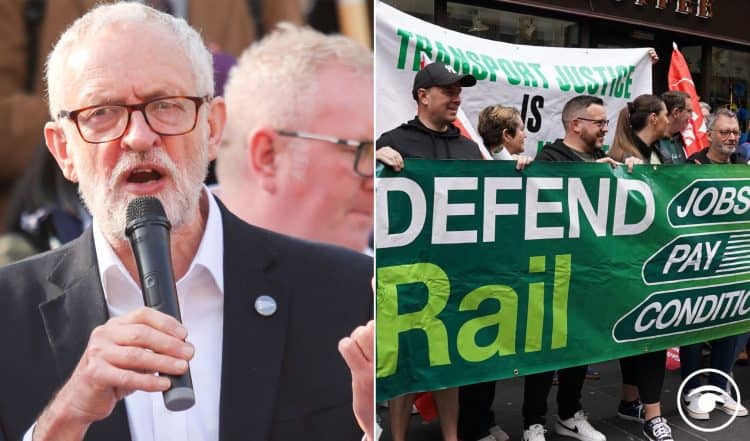 The biggest rail workers’ union has announced two further strikes this summer in the worsening dispute over jobs, pay and conditions.

Now a spoof radio show caller moaning about the strikes has gone viral.

Members of the Rail, Maritime and Transport union (RMT) at Network Rail and 14 train operators will walk out on August 18 and 20.

The union previously announced a strike for July 27, the day before the Commonwealth Games opens in Birmingham.

RMT general secretary Mick Lynch said: “The rail industry and the Government need to understand that this dispute will not simply vanish.

“They need to get serious about providing an offer on pay which helps deal with the cost-of-living crisis, job security for our members and provides good conditions at work.

“Recent proposals from Network Rail fell well short on pay and on safety around maintenance work.

“And the train operating companies have not even made us a pay offer in recent negotiations.

“Now Grant Shapps (Transport Secretary) has abandoned his forlorn hopes for the job of prime minister, he can now get back to his day job and help sort this mess out.

“We remain open for talks, but we will continue our campaign until we reach a negotiated settlement.”

The Exploding Heads comedy duo posted this clip and it is very funny. An irate caller, Colin from Portsmouth, slams the strikers, and after a long old rant decides that it is Jeremy Corbyn’s fault!

If you like the video buy them a coffee here

Related: Jonathan Pie’s take on Boris Johnson’s downfall is his best yet