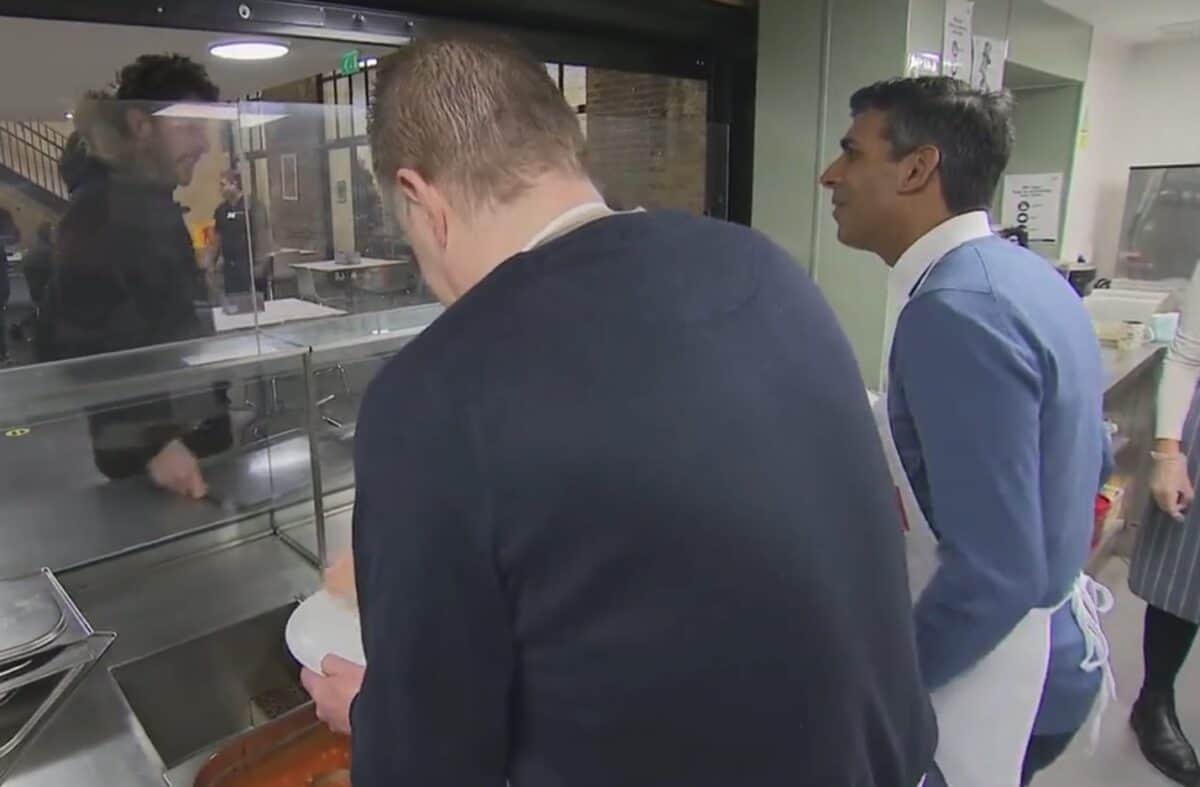 Rishi Sunak has come under fire for what critics called an “excruciating” exchange with a homeless man.

In footage from his visit to a homeless shelter in London on Friday, the Prime Minister can be heard asking a man he is serving food to: “Do you work in business?”

The awkward exchange began when the multimillionaire Prime Minister was serving breakfast to the homeless man, who asked him: “Are you sorting the economy out?”

Dean then said he was interested in business, prompting Mr Sunak to ask him what kind of business.

When Dean replied finance, the Prime Minister said: “I used to work in finance, actually.”

Mr Sunak then asked: “Is that something you’d like to get into?”

“Yeah I wouldn’t mind. But, I don’t know, I’d like to get through Christmas first,” the homeless man said.

Mr Sunak asked: “What’s your plan, what are you doing this weekend?”

Dean replied that he was hoping the homeless charity St Mungo’s could help him get into temporary accommodation “so I’m not on the street”.

Shadow levelling up secretary Lisa Nandy said: “How much more out of touch could this Prime Minister be?

“After the Tories crashed the economy, sending mortgages and rents soaring, homelessness is on the rise this winter. So perhaps Rishi Sunak should focus on fixing this crisis rather than posing for excruciating photo opportunities.

“The last Labour government nearly eliminated rough sleeping, the next one will finish the job and end it for good.”