Rees-Mogg also blamed Paris for the “French-created delays” as he was played a clip from 2018 where he was clear that “the delays will not be at Dover they will be at Calais”. 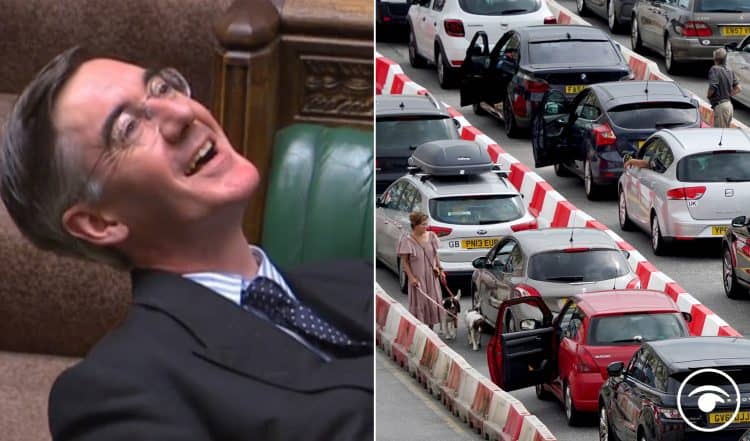 The UK is set to enter a recession which will hit millions of the most vulnerable households, especially in the worst-off parts of the country, a report has warned.

Gross domestic product is set to shrink in the third and fourth quarters of this year, and in the first three months of next year.

So things are not looking very rosy in the UK at the moment.

He replied: “Our test cricketers…”

One assumes it was a joke, but it is no laughing matter.

Even Isabel Oakeshott was furious with Rees-Mogg.

Many other people were not happy with his glib response:

Mogg has admitted he was wrong to insist there would be no delays at Dover caused by Brexit.

So how is Brexit really going? This video by Led By Donkeys might offer you a more realistic perspective

Related: Campaign group call for Rees-Mogg to apologise after saying he was wrong about Dover queues