“It's outrageous at a time when we are being told to save water." 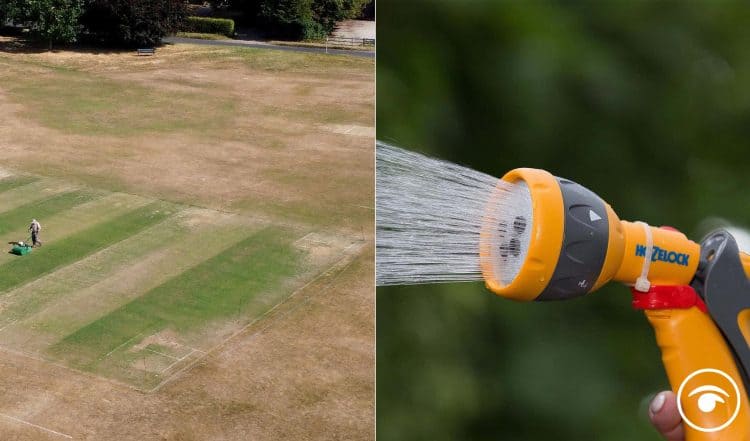 A second hosepipe ban will come into force following the extreme weather in which parts of England had their driest July since records began.

South East Water will restrict the use of hosepipes and sprinklers within Kent and Sussex from Friday August 12 until further notice.

This will mean hosepipes cannot be used to water gardens or clean cars, and ornamental ponds and swimming pools must not be filled.

In a statement on its website, South East Water said: “This has been a time of extreme weather conditions across the UK.”

Parts of England have had their driest July since records began, according to provisional figures from the Met Office.

South-east and central southern England saw an average of only 5.0mm of rain last month, while East Anglia had 5.4mm.

For both areas it was the lowest amount of rainfall in July since Met Office records began almost 200 years ago, in 1836.

However,the same water company has failed to fix a leaky drain in a residential street- two months after it was first reported, it has been claimed.

Hundreds of litres of water continues to pour down the drain on Gordon Road in Broadstairs, Kent, when people are being urged to save water because of the prolonged dry spell.

Lynn Harrison, who lives right next to the leaky pipe, said she has made numerous calls to Southern Water, which also has customers in Kent, about the issue but they have all been to no avail.

She said: “It’s outrageous at a time when we are being told to save water and a hose pipe ban looks imminent.

“I’ve certainly been doing all I can.”

The teaching assistant says she first reported the leak two months ago.

She added: “After several calls someone eventually came out and identified it as a leaking stop cock and sprayed the pavement purple.

“But we haven’t seen anyone since, despite pledges to come out and fix it.

“The water is just pouring away down a nearby drain which is a disgrace.

“It started as a trickle but seems to be getting worse and it must be hundreds of litres being wasted over that period of time.

“The pavement now has a green slime on it with weeds growing which is dangerous because someone could easily slip and hurt themselves.

“I’ve had neighbours complain about it and even had people knocking on my door saying, ‘Do you know there’s a leak outside’.”

She is worried her water bill will now rocket despite repeated assurances it will not.