"Hilarious, has anyone explained to her what Brexit is?", one bemused person responded on Twitter. 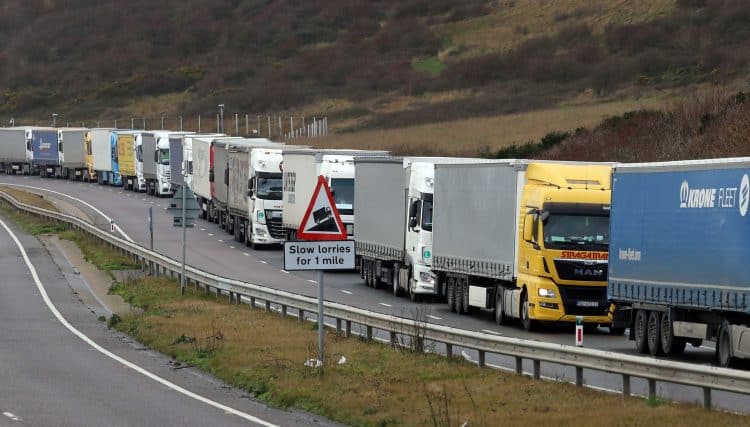 Lorry drivers have been told to prepare for at least four hours of queuing at Dover as the UK port adapts to a post-Brexit world.

Miles-long queues of HGVs waiting to get into the crucial trade port have been a regular sight in the first weeks of 2022.

New checks that came into force at the beginning of the year have caused friction in Dover as well as across the English Channel in Calais.

On busy days this has meant long queues of lorries – visible from satellites – lining up along the A20 due to the Dover Traffic Assessment Project (TAP) being implemented.

The public spending watchdog concluded this week that UK trade with the EU has been knocked by Brexit and businesses have faced higher costs, more paperwork and border delays since Britain’s withdrawal.

A report by the Public Accounts Committee found that while it was difficult to untangle how much of the hit to trade since the end of the Brexit transition on December 31 2020 has been caused by the pandemic and how much by Brexit, it was “clear that EU exit has had an impact”.

It said that far from freeing up firms to boost productivity and contribution to the economy, the “only detectable impact” of Brexit so far has been to increase the burdens on businesses.

But the MP for Dover, Natalie Elphicke was in no mood to heed the report’s findings.

During yesterday’s PMQs, she stood up and told the house: “Dover is once again beset by miles of traffic jams…. not because of Brexit, but because of Brussels bureaucracy and red tape.”

Needless to say, the reaction on social media has been pretty fierce.