But ministers are still not confirming whether the public will be told if the prime minister receives a fine. 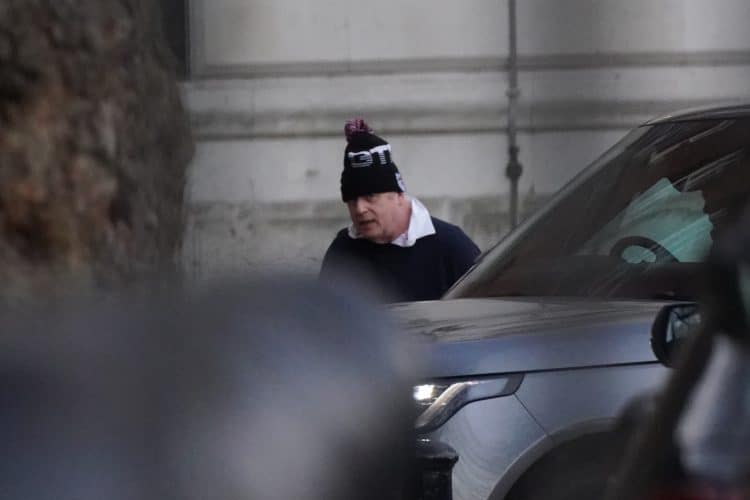 Boris Johnson could face more than £10,000 in fines if police rule that multiple events in Downing Street breached coronavirus restrictions, a lawyer says.

The prime minister is expected to be among more than 50 individuals in No 10 and Whitehall who will receive legal questionnaires from officers working on Operation Hillman.

Scotland Yard said it will be dispatching them by the end of the week as officers consider whether to widen the investigation to cover a Christmas quiz in No 10 in December 2020.

Police are reconsidering their decision not to include that event after a photograph emerged of Johnson and colleagues near an open bottle of sparkling wine.

Adam Wagner, an expert on Covid-19 rules, said the sending out of questionnaires is “very significant because it appears that the police at least think that they’re getting towards the point where they can start issuing fixed penalty notices”.

The human rights barrister told BBC Radio 4’s Today programme: “It sounds to me, although I haven’t seen the letters, that they’ve decided that relevant gatherings were potentially a breach of the regulations and now they’re asking people ‘Did you have some sort of reasonable excuse?’, which, in law, would effectively be a defence for being there.”

He said the most likely form of penalty to be issued by police investigating 12 gatherings is fixed penalty notices, with Johnson alleged to have been at up to six of them.

“So, if he was given a fixed penalty notice for each and every one of those, I think that he would be given those sort of cumulative amounts until eventually the final one would be £6,400,” Wagner said.

“So overall, and assuming there isn’t a big £10,000 one for hosting a gathering in the flat of over 30 people, he could still be in line for over £10,000 worth of fixed penalty notices if they accumulate.”

Meanwhile, Johnson is braced for a potentially scathing intervention from Conservative former prime minister Sir John Major when he delivers a speech on Thursday.

Defence Secretary Ben Wallace was unclear about whether Johnson will tell the public if he receives a police questionnaire.

He told the Today programme: “The prime minister has said he will be full and transparent. He will notify if he is receiving any form of fine etc but he’s also said he will publish the Sue Gray report in full.”

The Cabinet minister said more damaging photos of events could be leaked in the coming days.

“Yes, there could be a photograph tomorrow, the next day or the day after – that’s clearly what’s behind some of the people’s motives,” he told Times Radio.

The Metropolitan Police said the questionnaire will ask for “an account and explanation of the recipient’s participation” in an event which is the subject of police inquiries.

Recipients will be advised that the questionnaire has “formal legal status” and that they are required to respond “truthfully” within seven days.

In most cases the contact will be by email.

“If, following an investigation, officers believe it is appropriate because the Covid regulations have been breached without a reasonable excuse, a fixed penalty notice will normally be issued,” the statement said.

“We understand the interest in and impact of this case, and are progressing the investigation at pace.

“We are committed to completing our investigations proportionately, fairly and impartially.”