The former Brexit secretary tried to blame the EU for disappointing trade data - but it quickly backfired. 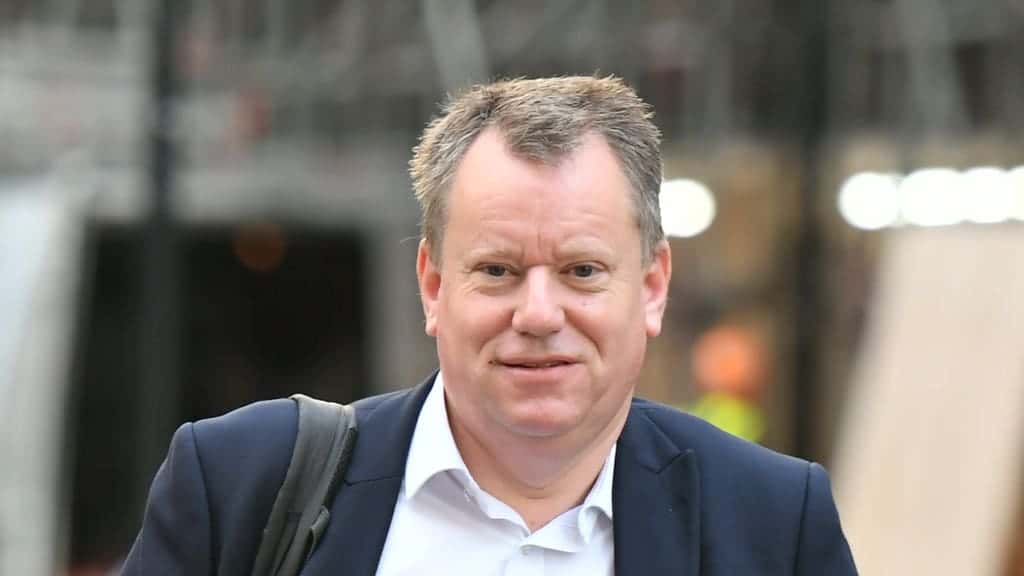 A group of business leaders and cross-party MPs have slammed David Frost’s suggestion that the UK should not follow EU rules on border controls.

The UK Trade and Business Commission released a fact-checking statement after the ex-Brexit chief launched a series of attacks on the European Union.

“We have to put up with EU controls. But we don’t have to replicate them ourselves.  We should have a light-touch border to the whole world. That’s a Brexit opportunity,” Frost claimed.

He added: “The EU believes in protectionism. We don’t, and our controls should reflect our philosophy, not theirs.”

But the UK Trade and Business Commission said every developed country imposes “some form of checks on food entering its borders”.

The group gave the example of New Zealand, Australia and the US, which Britain has sought business opportunities with post-Brexit to make up for the loss of EU trade, but which have “particularly tough checks on imported food”.

“Despite what Lord Frost is implying, the EU is not an outlier in this area,” the Commission said.

Frost’s comments come amid a warning released by the Parliament’s spending watchdog that Brexit red tape has damaged Britain’s trade with the EU and that the situation could worsen if the government does not collaborate with Brussels to cut waiting times at UK ports.

The report by the cross-party public accounts committee (PAC) said border checks in place since the beginning of the year had increased business costs and “suppressed” trade with the EU.

But Frost slammed the report, saying it is “quite thin stuff” and “doesn’t always give the full picture”.

The PAC warned the trade situation may worsen in September, when tougher EU checks will kick in and a post-Covid recovery in international trade is foreseen, putting UK ports under even more pressure.

‘The only detectable impact so far is negative’

Hillier said the government claimed it would develop “the most effective border in the world” by 2025, which she described as a “noteworthy ambition”, but “it is optimistic, given where things stand today”.

She added: “One of the great promises of Brexit was freeing British businesses to give them the headroom to maximise their productivity and contribution to the economy – even more desperately needed now on the long road to recovery from the pandemic. Yet the only detectable impact so far is increased costs, paperwork and border delays.

“The PAC has repeatedly reported on Brexit preparedness and at every step there have been delays to promised deadlines. It’s time the government was honest about the problems rather than overpromising.”