Presenters Alex Jones and Jermaine Jenas looked speechless, while gasps could be heard within the studio too. 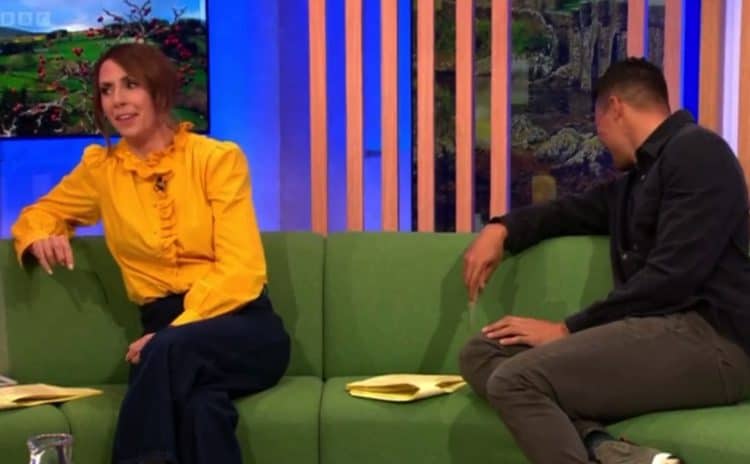 The One Show is not usually the place for risque political jokes, but that all changed yesterday.

He was on to promote his forthcoming series Gaslit, which deals with the Watergate scandal of the Seventies.

“What you’ve got is a criminal for a leader who is wrapped in a messy war, embroiled in a stupid scandal and surrounded by ambitious idiots and really should resign,” he explained, seemingly describing the plot of the show, but there was a twist.

He then jokingly corrected himself: “No, I’m sorry that’s the intro to Boris Johnson.”

Presenters Alex Jones and Jermaine Jenas looked speechless, while gasps could be heard within the studio.

Don’t expect anything interesting to ever happen on the One Show ever again!