Watch: Postman Pat arrives to support his fellow striking posties and people are loving it 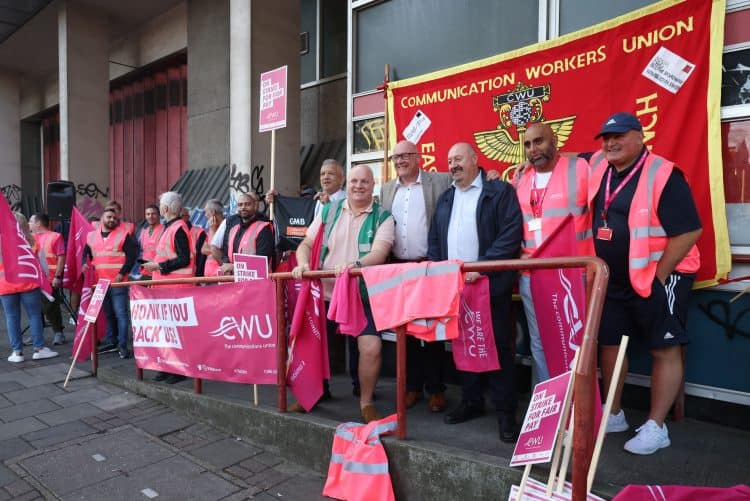 The leader of the Communication Workers Union (CWU) declared Friday’s industrial action as “the biggest strike in the UK since 2009”, as he said more than 115,000 postal workers were out protesting over pay, and Postman Pat has joined the picket line!

CWU general secretary Dave Ward says his members voted in favour of the strike by 97.6% in a ballot, after management “imposed” a 2% pay rise on employees but “rewarded themselves with record bonuses”.

Friday’s strike will be followed by further stoppages on Wednesday August 31, Thursday September 8 and Friday September 9.

Scores of CWU members, including Mr Ward and a person in a Postman Pat costume, were rallying at a picket line in Whitechapel, east London, on Friday.

No sign of his black and white cat, but people were still loving it!