"He used his own platform on the Good Morning Britain stage to aggravate racism, sexism, misogyny against her [Meghan Markle]." 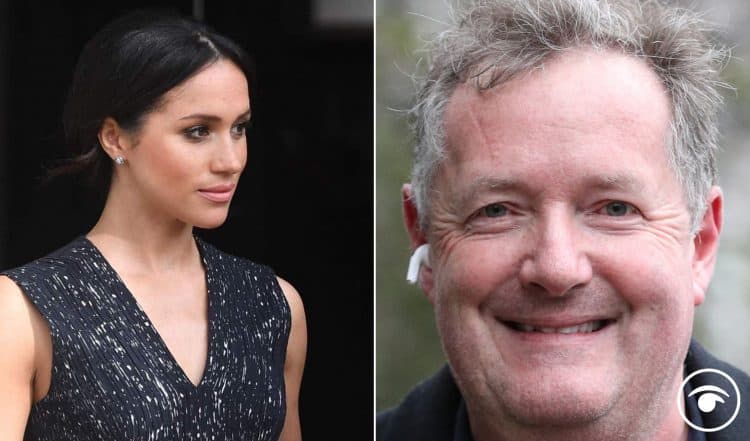 Piers Morgan said the number of job offers he has received “accelerated” after his comments about the Duchess of Sussex were found not to have breached the broadcasting code.

His remarks on Good Morning Britain about Meghan’s interview with Oprah Winfrey sparked more than 50,000 complaints, the most in watchdog Ofcom’s history, but the programme was cleared on Wednesday. However, he was still called out today on Channel 5’s Jeremy Vine show.

It is understood that, while Morgan will not be invited back to host Good Morning, ITV will continue to work with him on his celebrity interview programme Piers Morgan’s Life Stories.

Morgan tweeted: “Do I get my job back?” after Ofcom ruled in Good Morning Britain’s favour over his comments about the duchess’s conversation with the US talk show host.

His wife even went onto the show this morning.

The real wife and the former on-screen wife of @piersmorgan, this should be fun ?

Celia is desperate to get Piers out of the house even though she did enjoy waking him up early for a change! ⏰ pic.twitter.com/Oy6lAtYi67

Piers has been left delighted by the ruling, but Channel 5’s Jeremy Vine saw Dr Shola Mos-Shogbamimu said his comments on Meghan were still “problematic”.

“Piers Morgan brought his own personal angst into everything he did when it came to Meghan Markle,” argued the political commentator.

She said: “That was problematic for a broadcaster.

“He used his own platform on the Good Morning Britain stage to aggravate racism, sexism, misogyny against her [Meghan Markle].”

“I was in that debate with Piers Morgan on that day, and the bottom line is this Ofcom ruling totally whitewashes what has happened,” Dr Shola stated.

“Listen to me, when I say Piers Morgan was objectively irresponsible as a broadcaster, I mean what I say.

“He was objectively offensive on race and mental health, especially in the way he was so dismissive of what he said in terms of her own experience.

“And, he was deeply personal. Piers Morgan continually uses his platform, what he did that say was use his platform, a national platform, the ITV studios, as his own personal living room to just rant out.”

“He didn’t believe her,” Jeremy Vine stepped in to argue the other side of the debate.

Shola hit back: “It was not just that he did not believe her, people want to make this just about freedom of speech and freedom of expression.

“Freedom of speech does not come without consequence and he is a broadcaster. He brought his personal dislike of Meghan Markle into the debate.

“Piers Morgan was objectively irresponsible as a broadcaster – he was offensive on race and mental health and deeply personal.”

“Piers Morgan was objectively irresponsible as a broadcaster – he was offensive on race and mental health and deeply personal”@SholaMos1 says the OFCOM ruling “totally whitewashes” what Piers Morgan said about the Duchess of Sussex.@theJeremyVine | @thejamesmax | #JeremyVine pic.twitter.com/Hoar1N9Y7Q

In response Piers Morgan tweeted: “Poor old Dr Shola, the most abusive, offensive & obsessive Piers-basher in Britain – my victory is eating her alive.”

Poor old Dr Shola, the most abusive, offensive & obsessive Piers-basher in Britain – my victory is eating her alive. ??? https://t.co/AivPNHk47F