"Now we're left with three years of hardcore left-wing government that will destroy the fabric of this nation". 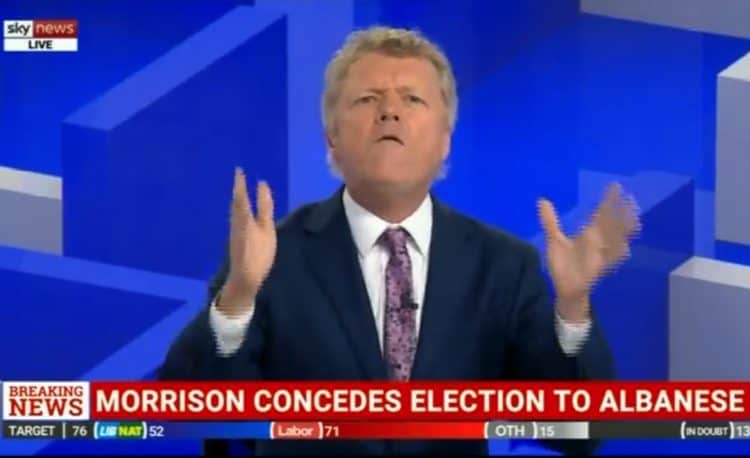 Australia’s centre-left Labour party has toppled the conservative government after almost a decade in power.

Prime Minister Scott Morrison said he had quickly conceded defeat despite millions of votes yet to be counted because an Australian leader must attended a Tokyo summit on Tuesday with US President Joe Biden, Japanese Prime Minister Fumio Kishida and Indian Prime Minister Narendra Modi.

Mr Albanese, who has described himself as the only candidate with a “non-Anglo/Celtic name” to run for prime minister in the 121 years that the office has existed, referred to his own humble upbringing in the Sydney suburb of Camperdown.

“It says a lot about our great country that a son of a single mom who was a disability pensioner, who grew up in public housing down the road in Camperdown, can stand before you tonight as Australia’s prime minister,” Mr Albanese said.

With all of Rupert Murdoch’s newspapers and broadcasters backing Morrison, today is a sombre day for the media oligarch.

As you’ll see from this clip, his loyal servants have struggled to digest the results, with one saying Australia is left with “three years of hardcore left-wing government that will destroy the fabric of this nation”.