"If our media won’t put the record straight let’s do it ourselves," wrote Peter Stefanovic. 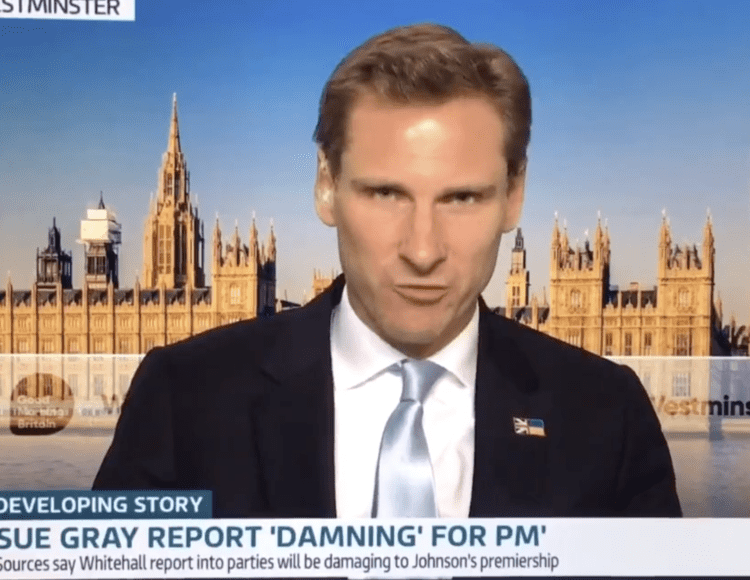 Boris Johnson could be forced to resign after the Sue Gray review into claims of Covid rule breaches in the Government is published, according to a report.

It comes as a Minister has been called out in a viral video as he tried to deflect attention away from the scandal and focus on what the government has achieved.

Ms Gray, a senior civil servant, was forced to delay the publication of her investigation into alleged parties held in Downing Street and Whitehall during England’s coronavirus lockdowns due to the Metropolitan Police commencing their own inquiry.

The Times, citing an official it described as being familiar with the contents of the complete report, said Ms Gray’s full findings were even more personally critical of the Prime Minister and could end his premiership.

According to the paper, the official said: “Sue’s report is excoriating. It will make things incredibly difficult for the Prime Minister.

“There’s an immense amount of pressure on her — her report could be enough to end him.”

To deflect away from questions about the ongoing partygate scandal this morning, Cabinet Minister Chris Philp told a TV interviewer that ‘what people want to hear about is job growth, record. numbers of doctors and nurses in NHS, hiring 20,000 police officers, record growth in G7 in 2021.”

In response filmmaker Peter Stefanovic dismantled his claims and called each of them out in a viral video.

Peter tweeted: “This was a disgrace To excuse #partygate Cabinet Minister Chris Philp was allowed to spout – completely unchallenged – every piece of Government bull**** from fastest growing economy in G7 to 20,000 extra police If our media won’t put the record straight let’s do it ourselves.”