“If we have a bad Brexit, and we see some really draconian tariffs imposed on us, from what we would say is a man-made situation, we would find that fairly intolerable and fairly unacceptable moving forwards." 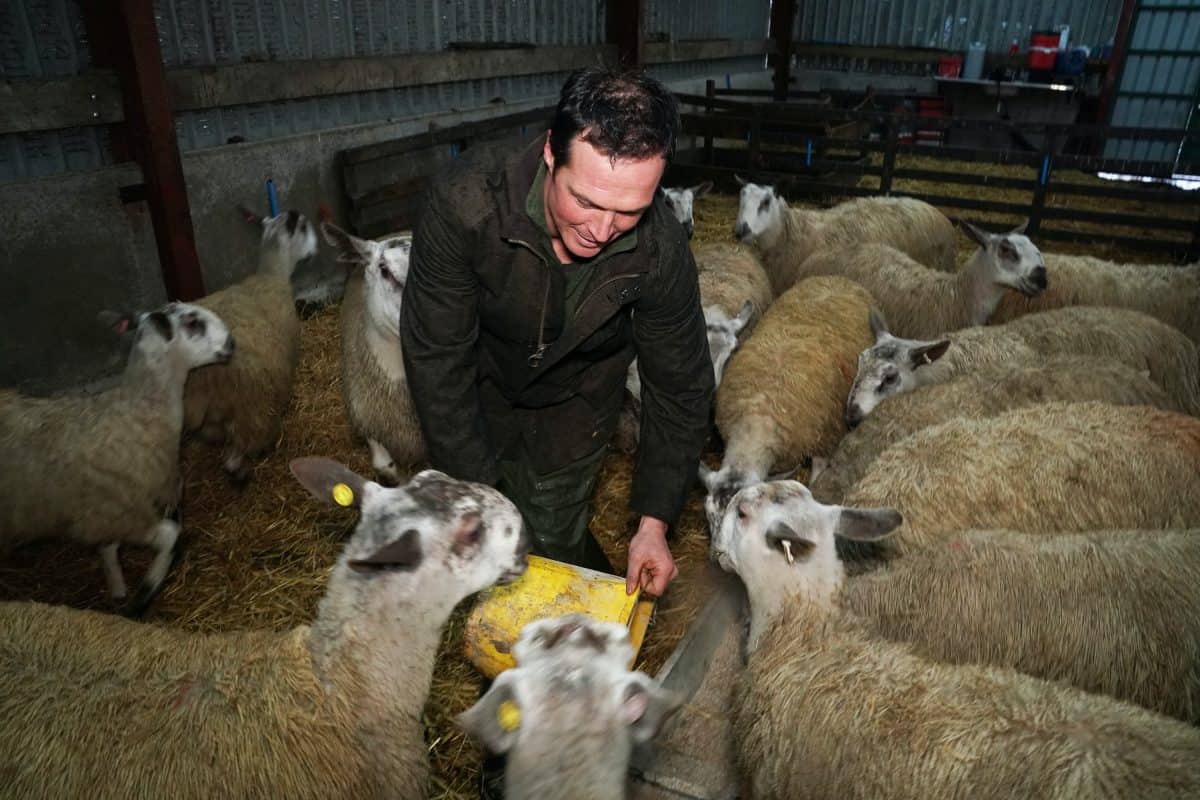 Each dawn, sheep farmer Thomas Carrick works the land through freezing winter rain and snow, 2,000 feet up in the bleak Cumbrian fells.

Like many British farmers, he is about to find out if life outside the EU is even colder and darker.

More than a third of British sheep meat is exported, and 96% of it goes to the EU, according to industry figures.

With a no-deal Brexit on January 1, British lamb would face tariffs of 48%, making it prohibitively expensive to customers in Europe.

The value of the Carrick family’s 2,000 Swaledale and Leicester sheep would be expected to drop by a third, along with the family’s income at High Crossgill Farm up on Alston Moor.

Mr Carrick, 37, a father-of-four, said: “If we have a bad Brexit, and we see some really draconian tariffs imposed on us, from what we would say is a man-made situation, we would find that fairly intolerable and fairly unacceptable moving forwards.

“And if that is stuck on our products overnight, it doesn’t take a genius to understand it’s going to have some serious consequences for a lot of people.

“We wouldn’t see as much investment in farms like this, you wouldn’t see investment into family businesses that really underpin the whole supply chains, whether it’s animal health, mechanics, machinery dealerships, everything depends upon industries like sheep farming in these parts of the world.

“And undeniably it would have massive knock-on effects for all those industries if we saw a recession in sheep farming due to just badly negotiated trade deals.”

Trading on World Trade Organisation (WTO) terms in new markets would not quickly make up for the export market loss from Europe, with British lamb competing in a market where animals are not raised to the same health standards, Mr Carrick said.

The EU subsidy to farmers is being withdrawn and replaced but the details of the new domestic agricultural policy are still “quite thin” he added.

Farmers will need all their resilience but despite problems on the horizon the industry should be optimistic, Mr Carrick says. Prices have been consistent and businesses profitable.

Hill sheep are farmed naturally out on the fells, in a way that is the opposite to the industrialised mass production of much of the food industry.

Meanwhile British lamb, at home and abroad, is in demand, with premium product especially relished by French chefs.

The future could be bright if a deal is agreed. The prosperity of whole rural communities now depends on the stroke of a pen from trade deal negotiators in Brussels.

“It is hugely dependent on what happens over the next couple of weeks, with regards to Brexit,” Mr Carrick said, who is chairman of the National Sheep Association’s northern region and voted Remain in the EU referendum.

“I watch the news every day. I watch it very closely.

“These things go down to the wire and they try to call each other’s bluff.

“I think the whole Brexit business has been probably more drawn-out and complex than most people anticipated, but we are where we are.

“Hopefully over the next few days we will see something positive. But if we are hanging on, with really impossible rules imposed on us, it’s going to be very difficult.

“Now isn’t the time to start sacrificing some industries just because of some hard-headed negotiating tactics.

“Sheep farming isn’t there to be put to the sword just because they haven’t managed to get what they want.

UK and EU negotiators will continue talks over a post-Brexit trade deal in Brussels on Tuesday.