Deputy general secretary, Terry Pullinger said: "The company has imposed 2 per cent pay award, miles away from where inflation is, totally inadequate." 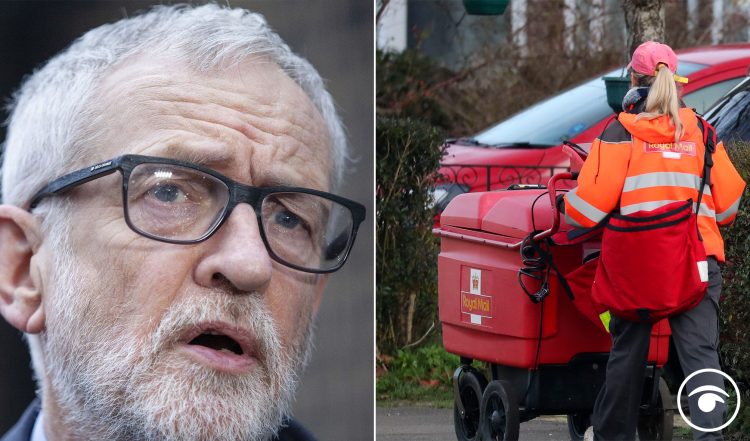 A union representing 115,000 postal workers at Royal Mail is giving formal notice of a ballot that could lead to strikes in a bitter row over pay and jobs.

Its deputy general secretary, Terry Pullinger, said in a video posted on Twitter: “Today we will be serving a notice on Royal Mail Group over a pay claim, our claim for an inflation-based no strings pay award.

“The company has imposed 2 per cent pay award, miles away from where inflation is, totally inadequate.”

The result of the ballot will be known by 19th July.

Not all those in the Labour Party do support strike action that seems to be spreading from industry to industry.

Here is David Lammy saying he doesn’t back the BA workers’ strike for example.

It comes as half of Britons would support NHS staff going on strike if they chose to do so, a new poll has found.

Speculation that NHS workers could strike over pay has mounted in recent weeks after ministers suggested any rise should be limited to three per cent.

If they chose to walk out, they would join railway workers and criminal barristers who have already gone out on strike over pay and conditions.

Other public-sector workers including teachers, refuse collectors and postal workers are reportedly considering industrial action against the background of rising inflation and resistance to significant pay increases by the Government.

A poll of about 1,000 people carried out by Ipsos between June 22 and 23 found 50% of British adults would support an NHS strike while only 30% would oppose.

Jeremy Corbyn was pictured picketing with the RMT in Newcastle over the weekend.

Yesterday he sent a message to the postal workers.

He wrote: “Solidarity with Royal Mail postal workers, who are balloting for strike action over pay and job security. Whilst Royal Mail bosses and shareholders announce massive profits, the workers cannot be expected to pay the price of the cost of living crisis.”