'Boris Johnson says: “We did everything we could.”'No, he didn’t.' 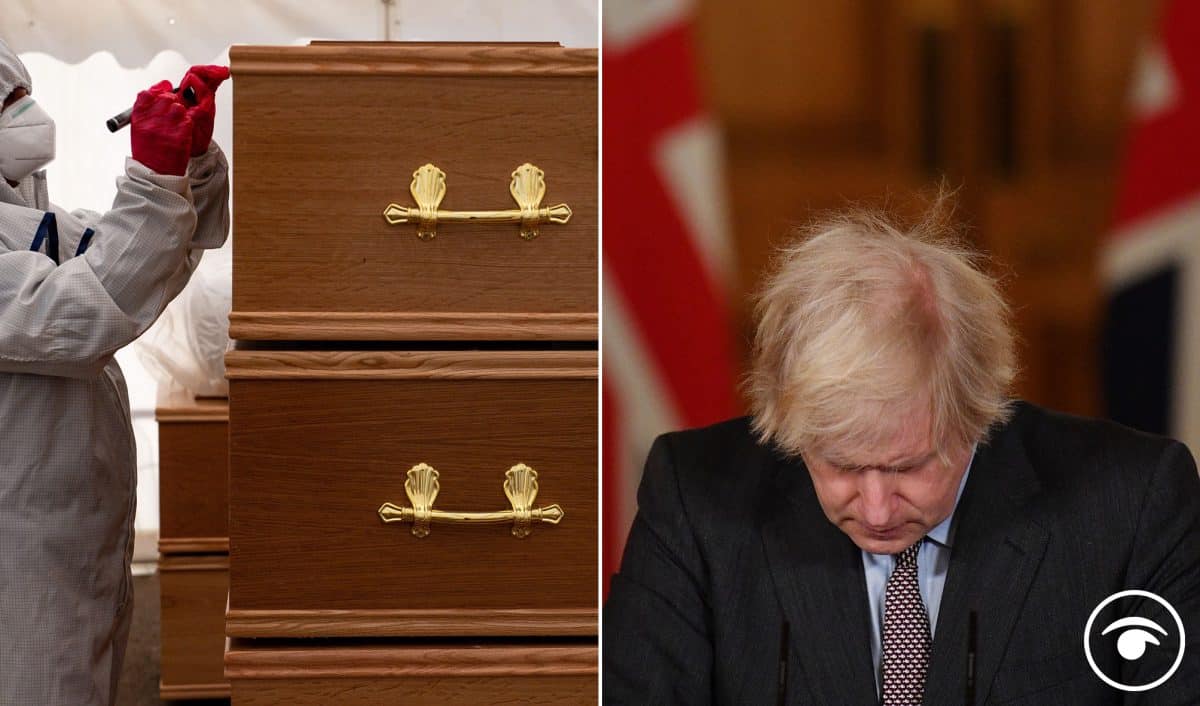 Yesterday the PM Boris Johnson offered his “deepest condolences” to the families of Covid victims as Government figures showed the UK death toll has passed 100,000, saying: “We did everything we could”.

Johnson told a Downing Street briefing that it was “hard to compute the sorrow contained in that grim statistic: the years of life lost, the family gatherings not attended and for so many relatives the missed chance to even say goodbye”.

Johnson’s comments were carried through into this morning news programmes.

The Government took the “right decisions at the right time” through the coronavirus crisis, a Cabinet minister has insisted, as the Home Secretary prepares to outline tougher border measures amid criticism the move is too late.

Communities Secretary Robert Jenrick said “we did everything that we could to protect people’s lives”, but admitted some things could have been done differently “with the benefit of hindsight”.

But did the Government do all they can to stop this horrific loss of life? We according to this video by Led By Donkeys this is far from the truth. They have followed the timeline of of the virus and the Government’s response

Have a watch and make your own mind up.