“Look man, I’m a nice guy, but if you give me anymore guff, I’ll rip your face off like a mad chimp." 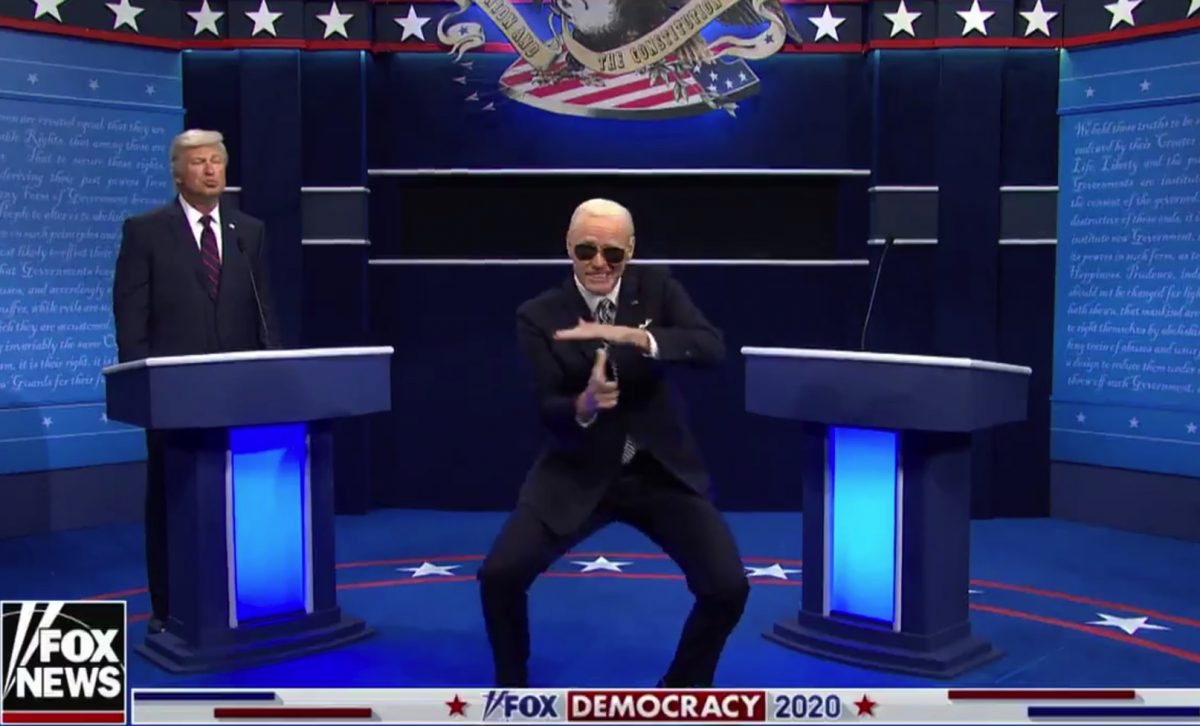 Alec Baldwin, who endorsed Barack Obama in his two presidential campaigns, starred as Donald Trump, and was quick to launch into a heated debate with the faux Democratic nominee.

“Look man, I’m a nice guy, but if you give me anymore guff, I’ll rip your face off like a mad chimp,” was Carrey’s retort.

It followed a spectacular entrance in which Carrey measured the distance between the two stands to ensure they were correctly socially distanced.

Watch the trailer in full below: