As it emerged that Prime Minister Theresa May was keeping Jeremy Hunt as Health Secretary in her post-election cabinet reshuffle his name was unfortunately mispronounced TWICE in one day by TV reporters. The unpopular Health Secretary who has presided over cuts and closures in around 40% of mental health trusts was subjected to the same […] 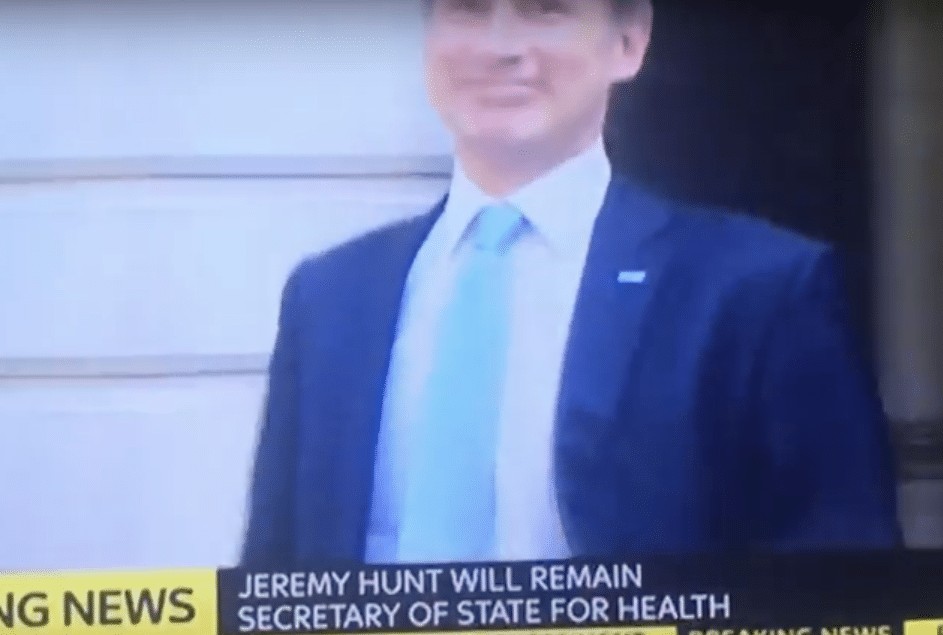 As it emerged that Prime Minister Theresa May was keeping Jeremy Hunt as Health Secretary in her post-election cabinet reshuffle his name was unfortunately mispronounced TWICE in one day by TV reporters.

The unpopular Health Secretary who has presided over cuts and closures in around 40% of mental health trusts was subjected to the same “Freudian slip” twice, as on live TV the letter ‘C’ was added to his surname, once on the BBC:

and again live on Sky News, where the newsreader was doing so well until Mr Hunt appeared on Downing Street, grinning as his reappointment was announced:

This, as any keen follower of the news knows, isn’t the first time that an extra letter ‘C’ has appeared at the start of the Conservative MP for South West Surrey’s name on TV or radio, as has been documented in this compilation:

Today we reported that the prospect of Brexit and refusal to safeguard the status of European born NHS staff has led to a “crash” in the number of European nurses registering to work in the UK, with the NHS facing its worst nursing workforce crisis for 20 years.