“It’s the first time that a British prime minister has broken the law in the history of the office - more than 300 years since Robert Walpole took office." 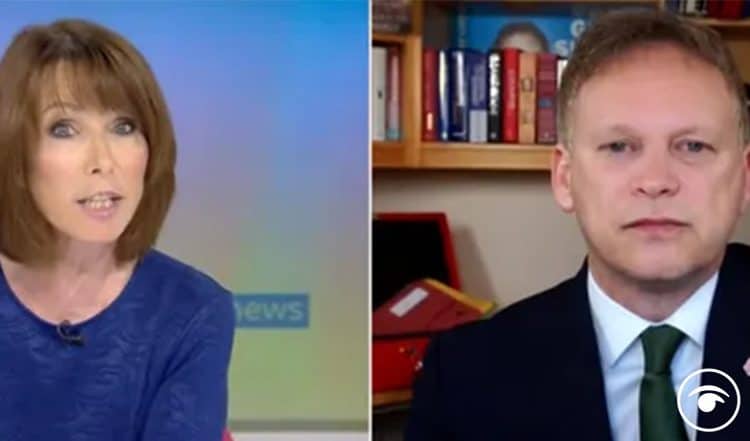 Grant Shapps insisted Boris Johnson is “human” and people “sometimes make mistakes” after the prime minister was fined over a birthday bash in Downing Street in breach of Covid rules.

Both Johnson and chancellor Rishi Sunak have been hit with criminal sanctions for attending the gathering in the Cabinet Room to mark the PM’s 56th birthday on June 19 2020.

However, the transport secretary was left squirming on Sky News as presenter Kay Burley repeatedly asked “where is his honour?”

Shapps said: “I spoke to the prime minister – he is completely mortified by this happening … it shouldn’t have happened. He has paid the 50 quid fine. That’s the right thing to do.”

Then Burley pointed out that the Met has so far identified 50 occasions when the law was broken in Downing Street during the national lockdown: “It’s the first time that a British prime minister has broken the law in the history of the office – more than 300 years since Robert Walpole took office.

“He’s brought the role into disrepute. Where’s his honour?”

By contrast, Labour has joined a chorus of demands for the Commons to be recalled from its two-week Easter break to allow the PM to “tender his resignation” in person to MPs.

The latest fines came in a further tranche of fixed penalty notices (FPNs) announced by Scotland Yard in relation to Operation Hillman, which is probing possible Covid breaches in Downing Street and Whitehall.

More than 50 fines have been referred to the Acro Criminal Records Office since the inquiry started.

Mr Johnson did not rule out the prospect he could be fined again for further events.

He is reported to have attended six of the 12 under investigation.