"He's not an exception. Every extreme right-wing politician in Europe has one or other link with Russia," Guy Verhofstadt said. 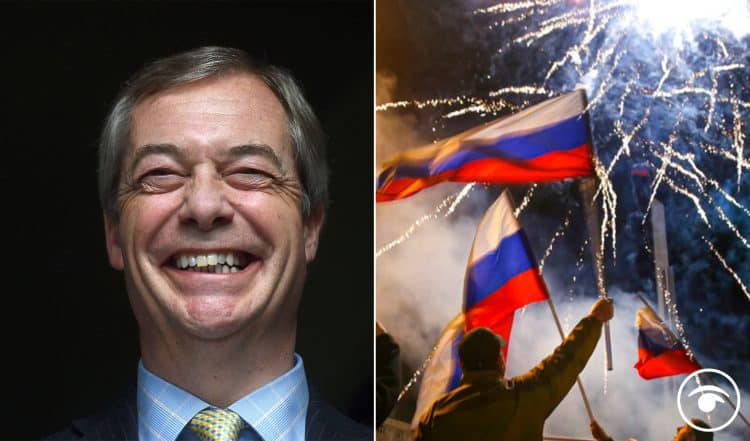 Brexit-loving net zero-hating Nigel Farage has been accused of ‘colluding’ with Vladimir Putin during his time working in the European Parliament.

Gay Verhofstadt was appearing on LBC when he told the presenter that: “Nigel Farage was defending Putin all the time in the European Parliament… he was colluding with Putin.”

He added: “Before Brexit, there he was all the time defending Putin.”

When pressed to explain what the collusion meant he said: “He was simply defending the positions of Russia, and denying Ukrainians, Belarus, Georgia, and Moldova their path democracy.

“He’s not an exception. Every extreme right-wing politician in Europe has one or other link with Russia.”

Farage himself didn’t take kindly to the accusation and tweeted: “The only people who colluded with Putin are the EU idiots who still keep buying his gas and oil.”

But his comments were met with quite a bit of pushback on social media.

Verhofstadt also called on everyone to do more to support Ukraine. He wrote:

“US: airplanes & defence equipment so they can defend their airspace themselves.

A lot of people had support for Guy’s comments.