Also Adam Scorer, chief executive of fuel poverty charity National Energy Action, said: “The scale of harm caused by these price rises needs to sink in. A warm home this winter will be pipedream for millions as they are priced out of a decent and healthy quality of life." 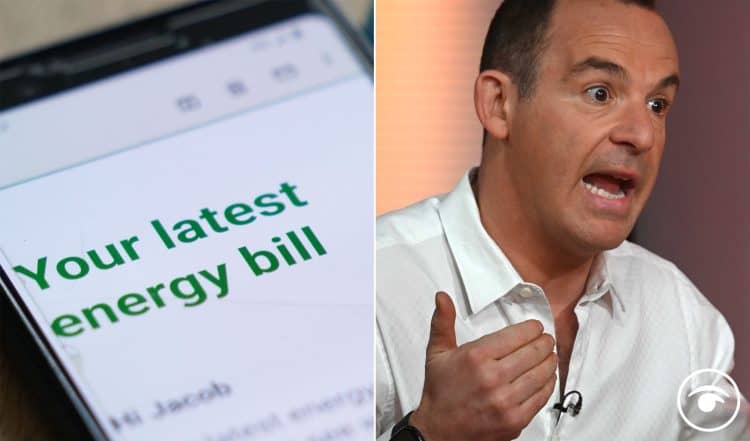 The cap will come into effect for around 24 million households in England, Scotland and Wales on default energy tariffs on October 1, and will remain in place until December 31, when it will be adjusted again.

The 4.5 million pre-payment meter customers, who are often the most vulnerable and already in fuel poverty, will see an even more punishing increase, with their average annual bill set to go up to £3,608.

Ofgem’s chief executive Jonathan Brearley warned of the hardship energy prices will cause this winter and urged the incoming Prime Minister and new Cabinet “to provide an additional and urgent response to continued surging energy prices”.

The regulator said the increase reflected the continued rise in global wholesale gas prices, which began to surge as the world unlocked from the Covid pandemic, and had been driven still higher to record levels by Russia slowly switching off gas supplies to Europe.

Mr Brearley said: “We know the massive impact this price cap increase will have on households across Britain and the difficult decisions consumers will now have to make. I talk to customers regularly and I know that today’s news will be very worrying for many.

“The price of energy has reached record levels driven by an aggressive economic act by the Russian state. They have slowly and deliberately turned off the gas supplies to Europe causing harm to our households, businesses and wider economy. Ofgem has no choice but to reflect these cost increases in the price cap.

“The Government support package is delivering help right now, but it’s clear the new Prime Minister will need to act further to tackle the impact of the price rises that are coming in October and next year.

“We are working with ministers, consumer groups and industry on a set of options for the incoming Prime Minister that will require urgent action. The response will need to match the scale of the crisis we have before us. With the right support in place and with regulator, Government, industry and consumers working together, we can find a way through this.”

Chancellor Nadhim Zahawi said the increase in the energy price cap would cause “stress and anxiety” for people, but that the Government was working to develop more options to support households.

“I know the energy price cap announcement this morning will cause stress and anxiety for many people, but help is coming with £400 off energy bills for all, the second instalment of a £650 payment for vulnerable households, and £300 for all pensioners,” he said.

“While Putin is driving up energy prices in revenge for our support of Ukraine’s brave struggle for freedom, I am working flat-out to develop options for further support.

“This will mean the incoming Prime Minister can hit the ground running and deliver support to those who need it most, as soon as possible.”

Fuel poverty charities immediately called on the Government to urgently extend the household support package announced in May – when the price cap was predicted to reach around £2,800 in October – “to prevent the bleakest of winters”.

Adam Scorer, chief executive of fuel poverty charity National Energy Action, said: “The scale of harm caused by these price rises needs to sink in. A warm home this winter will be pipedream for millions as they are priced out of a decent and healthy quality of life.

“Households need money in their pockets to weather this storm or we are going to see millions in dangerously cold homes, suffering in misery with unimaginable debt and ill health.

“Action is needed now to prevent the bleakest of winters.”

Simon Francis, co-ordinator of the End Fuel Poverty Coalition, said: “Today’s Ofgem price hike is like a dagger to the heart of millions of people up and down the country.

“As a result of the decision, parents will be unable to feed their children, the sick and elderly will be condemned to worsening health, disabled people will go without vital medical equipment and households will be forced into poverty for the first time in generations.

Philippe Commaret, the managing director of energy giant EDF, has warned that half of UK households could be in fuel poverty in January as a result of rocketing prices, while Which? has urged the Government to raise its energy bills discount by at least 150% or risk pushing millions of people into financial distress.

The consumer watchdog said the Government’s financial support for all households must increase from the current £400 to £1,000 – or from £67 to £167 per month from October to March.

However, no immediate extra help will be announced by Boris Johnson’s Government, with major financial decisions being postponed until either Liz Truss or Rishi Sunak is in No 10 after the Tory leadership contest.

Based on Wednesday’s gas prices, experts at consultancy Auxilione think the cap will reach £5,210 in January 2023 and £6,823 in April.

“Well, the reason I have catastrophised is this is a catastrophe, plain and simple.

“If we do not get further government intervention on top of what was announced in May, lives will be lost this winter.”