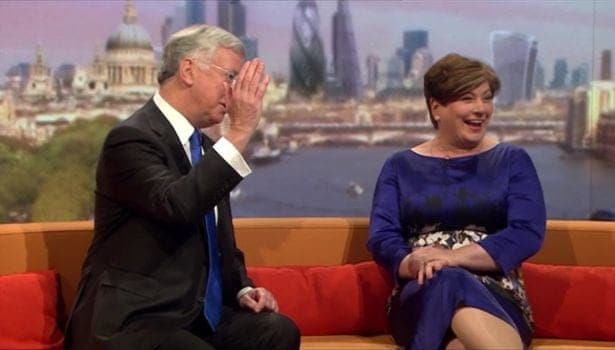 Emily Thornberry accused Michael Fallon of talking ‘boll…” and just about manages to mouth the rest of the rude word on Sunday morning live TV. Then she quickly managed to change what she was going to say and instead said  “that is untrue!” after Fallon claims Labour is planning to renegotiate the future of the Falklands, which Argentina claims should be their territory.

Thornberry was annoyed when Fallon accused Jeremy Corbyn of “openly” supporting the IRA 30 years ago. However Thornberry fought back and said that Michael Fallon was at a party to celebrate President Assad’s election victory in Syria in 1997. The Tory Minister said he was in Syria, and conceded he had met Assad, but can’t remember being at a party.