It come as the Irish Government said the NI Protocol is ‘causing damage to political stability.' 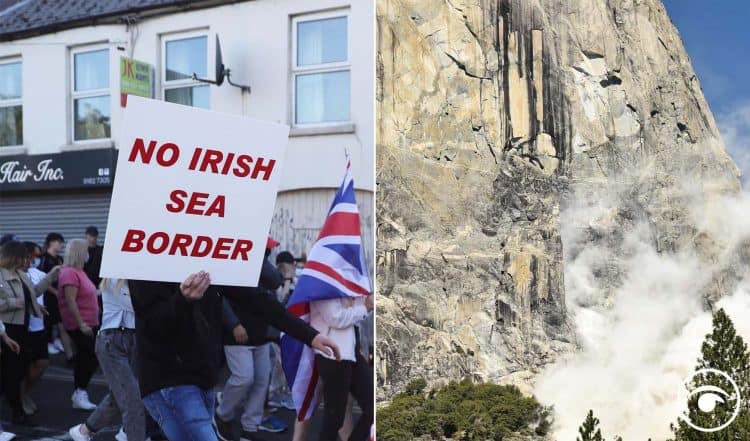 Yesterday the Irish Government needs to recognise the damage that the Northern Ireland Protocol is causing to political stability in Northern Ireland, the DUP leader has told the Tanaiste.

Now comedian Matt Green posted a Brexit sketch that might well sum up for you the situation the UK finds itself since we have left the EU.

It comes as Pub chain JD Wetherspoon has apologised to customers after its beer supplies became the latest casualty of the UK’s supply chain crunch.

Molson Coors, the brewer for both brands, said it has been “hit by the HGV driver shortage”, affecting its supply to some UK pubs.

Leo Varadkar was meeting with Sir Jeffrey Donaldson on Thursday to assess the post-Brexit arrangements and Covid recovery.

The Fine Gael leader said Sir Jeffrey “didn’t mince his words” about the DUP’s assessment of the difficulties created by the controversial post-Brexit agreement.

This means checks on goods being sent from Great Britain into the single market, and in some cases could result in prohibitions on certain products that do not comply with EU rules.

The protocol was put in place to ensure there would be no hard border with Ireland, but it has instead effectively placed a trade barrier in the Irish Sea and is deeply unpopular with unionists, who have insisted it should be removed.

Sir Jeffrey said: “I made absolutely clear that the protocol is harming our relationship with the rest of the United Kingdom.

“It has the capacity to so undermine the political progress here that it drags us backwards.”

So with that in mind and the ‘supply chain’ issues, lack of people to fill essential vacancies etc etc, Matt Green has filmed a sketch called ‘Diagnosis:Brexit.’

In the clip he plays a patient visiting his GP (also played by himself) to complain about a damaged arm after he fell climbing without any ropes, and refusing any help to fix it.

Have a watch and see if this is the Brexit you see before you?