A disabled man was left “bamboozled” with the new Universal Credit benefit after receiving a payment — of just 1p. Neil Wright, 50, who suffers from acute arthritis, cannot understand why his usual monthly UC payment of £284 turned into a bank deposit of just a penny. The nominal payment went in on December 14, […] 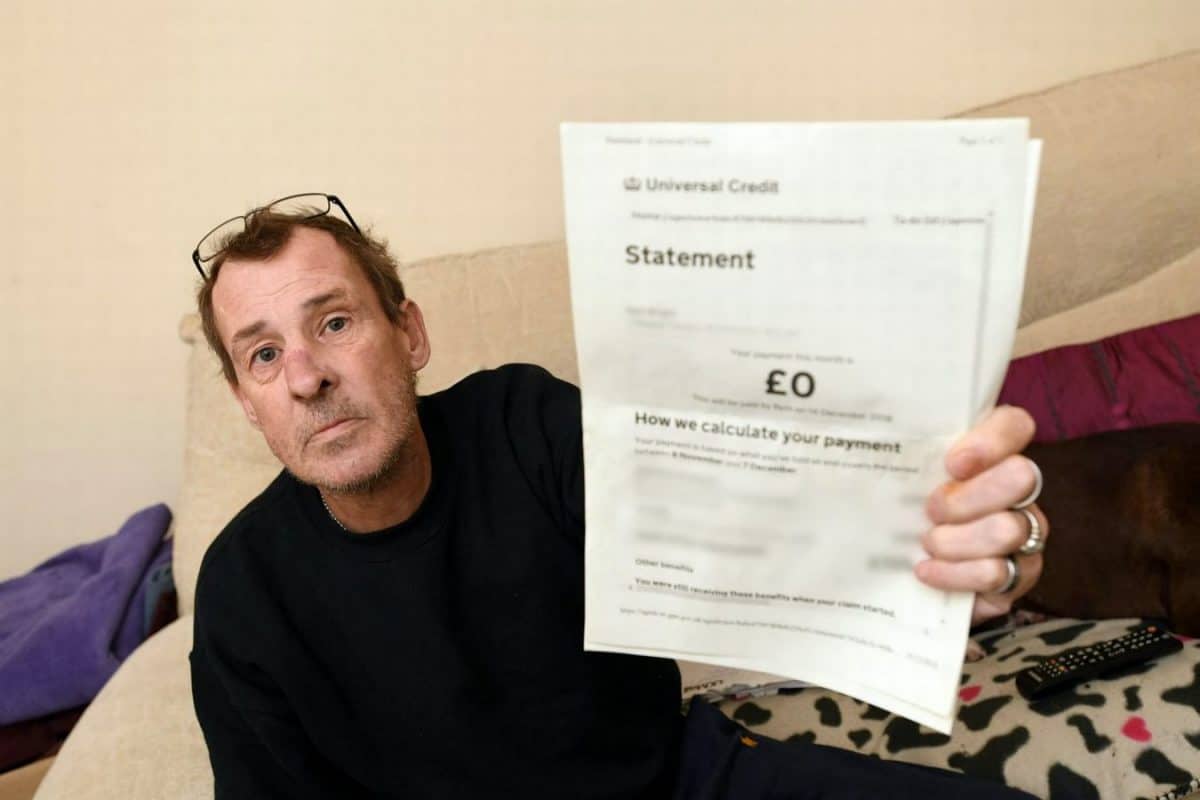 A disabled man was left “bamboozled” with the new Universal Credit benefit after receiving a payment — of just 1p.

Neil Wright, 50, who suffers from acute arthritis, cannot understand why his usual monthly UC payment of £284 turned into a bank deposit of just a penny.

Former taxi driver Neil, of Plymouth, Devon, said: “I’ve got 25p in my pocket and about 52p in the bank.

“I had some savings but used them to buy Christmas presents.

“It’s all confusing. I can’t make head nor tail of it. I got my bank statement and checked it and there’s 1p of UC on it. They’ve offered me 1p to live on.”

Neil said he has been using “savings” to live on since receiving his last UC payment of £284 on November 14.

He did receive £163.98 in Employment Support Allowance (EESA) in November – a disability benefit he is not supposed to be receiving – since he shifted into the catch-all UC system.

But he claims that even if that payment was deducted from his UC benefit, he is still out of pocket.

Neil said he has sought an explanation from the Jobcentre but said he was told he had to wait until receiving the next UC payment.

Divorced Neil, who has six grown-up children, said he is even considering getting a job, even though he is disabled and hasn’t been able to work for 12 years.

Neil worked for years as a taxi driver before developing acute arthritis in his lower back, neck and shoulders. He also suffers from asthma and is on antidepressant drugs.