“We’re all about stopping emissions and not using fossil fuels much less idling your car while attending a climate conference." 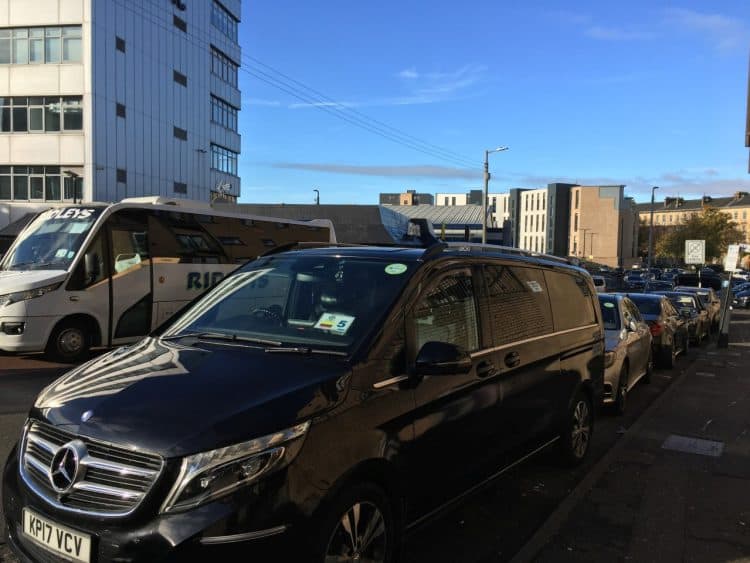 Swish cars were pictured in Finnieston, Glasgow, around the corner from the Scottish Events Campus. Credit;SWNS

Delegates were slammed for leaving cars idling round the corner from the COP26 summit.

Swish cars were pictured in Finnieston, Glasgow, around the corner from the Scottish Events Campus, with the engines running while not moving.

“We’re all about stopping emissions and not using fossil fuels much less idling your car while attending a climate conference.

“I think that’s the level of commitment that a lot of people have to the issue which is no commitment at all.”

Chris Anthony, 23, an events promoter who works nearby said: “There are a lot of engines running.

“I didn’t really get why that is.

“If it’s so they can keep the heating on then there’s no point in that.”

PM to fly back to London from Cop26

The Prime Minister’s official spokesman confirmed Mr Johnson will fly back to London from Glasgow when the leaders’ conference section of the summit ends this week.

Pressed on why the Prime Minister could not go by train for a journey within the UK, the spokesman said it was important he was able to travel round the country while facing “significant time constraints”.