“Women’s safety cannot be compromised under any circumstances. It’s totally unacceptable for people to feel afraid because they’re being forced to walk through potentially dangerous routes in the pitch black.” 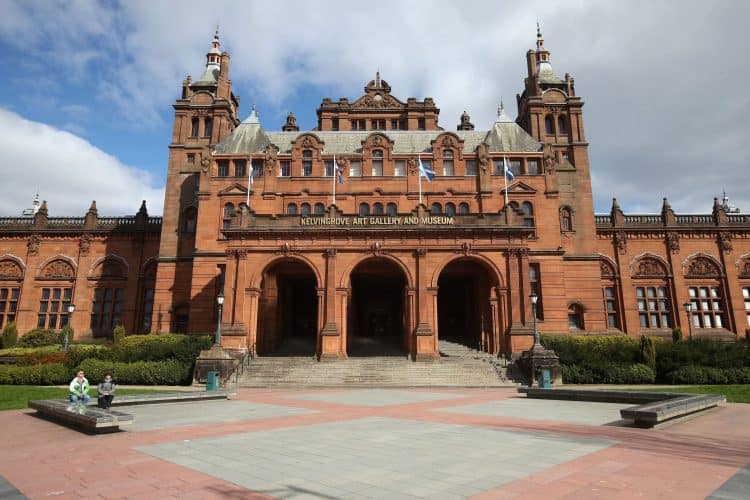 Police have apologised after women were forced to walk through a dark park while part of Glasgow was cordoned off during an exclusive reception for world leaders and royals at Cop26.

Diversions were put in place around Kelvingrove Art Gallery and Museum in Glasgow on Monday evening as heads of state gathered for the Cop26 welcoming reception.

Many local residents took to social media to describe how they were forced to take long detours through the park to reach their homes due to road closures.

One person told how they had come across a young student in tears because she had to walk through the park alone.

She wrote: “We were sent away from one exit to the main gate, then told we had to do exactly that detour to get to Partick.

“On the way found a first year student in tears because she was in the same position and had had a man following her through the dark path; a male police officer.”

Twitter user Miss Private copied in Glasgow City Council, tweeting: “We understand shutting down Kelvin way for #Cop26 but being made to walk through #kelvingrove park in darkness is not safe.”

The Duke and Duchess of Cambridge, Prince Charles and the Duchess of Cornwall were among those who attended the reception.

Police apologised for the situation.

“While late changes and some level of disruption is inevitable when policing an event the size and scale of Cop26, we understand and apologise for the concern these changes caused and for the inconvenience to those diverted.

“We do, in particular, recognise and acknowledge the commentary from some women who had to walk through the park on their own last night, we want to keep everyone safe and we know that the onus is on us to recognise when we could provide some more support and visibility to reassure people in our communities.

“The diversion is no longer in place and there are no plans to reintroduce it. Should further diversions be required at short notice for operational purposes, we will look to establish additional patrols in the area to provide reassurance.

“We will work with Glasgow City Council to consider whether lighting in Kelvingrove Park can be improved.”

The Scottish Conservative MSP for Glasgow, Annie Wells MSP, urged police and the council to ensure it does not happen again.

She said: “Women’s safety cannot be compromised under any circumstances. It’s totally unacceptable for people to feel afraid because they’re being forced to walk through potentially dangerous routes in the pitch black.”

A Glasgow City Council spokesman said they have been working hard to let people know about the restrictions that are in place so they can plan ahead.

He said: “For on the ground, operational reasons, Police Scotland changed the diversions at short notice last night and diverted members of the public through Kelvingrove Park. Police Scotland has apologised for the concern and inconvenience caused by these last-minute changes.

“We’d identified an alternative route on the back of the original restrictions via the park to lessen the impact on the public with four additional lighting rigs installed and we understand that members of the public might have taken other routes that we couldn’t have predicted.

“We make every effort to make sure that residents and businesses are told about restrictions well in advance.

“Whenever we are notified of changes they are posted on social media, as they were last night. The Get Ready Glasgow website is also regularly updated.”