They toiled endlessly outdoors, accepting no money but saplings so that he and his wife could plant them in the desert. 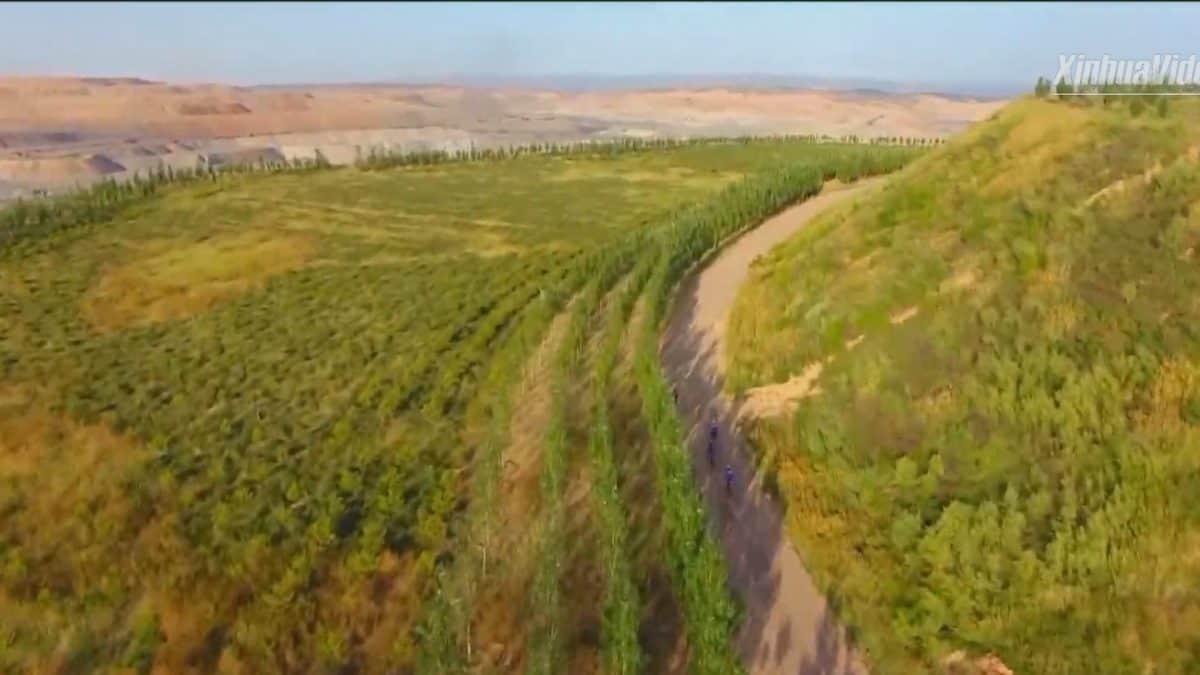 When 19-year-old Yin Yuzhen got married, she never thought she would settle down in a desert. Over three decades have passed, she is still there.

Yin, a native of northwest China’s Shaanxi Province, married Bai Wanxiang in 1985, and followed him to his hometown of Salawusu, a remote village in the Maowusu Desert, one of the biggest sandy land in north China’s Inner Mongolia Autonomous Region.

For Yin, the hostile environment was beyond her imagination. Her home was a basement dug into the sand and seemed so vulnerable that even a random sandstorm could destroy it. Every time the sandstorm came, Yin and her husband had to clear the sand immediately, otherwise their house would be buried.

Stubborn as Yin was, she wanted change. A small tree near her house gave her inspiration. “If this tree can live, I might plant more trees here,” Yin said.

In 1986, she decided to start planting trees in the desert.

She had few resources to help her on the way. The only property Yin’s family had were a lamb and a three-legged sheep. Yin sold the sheep and bought 600 saplings. This is how she started her fight against the desert.

Yin’s husband Bai toiled endlessly outdoors, accepting no money but saplings so that he and his wife could plant them in the desert.