Lucky escape for pedestrians in Ealing as dashcam footage shows tree collapse into the middle of a busy junction. 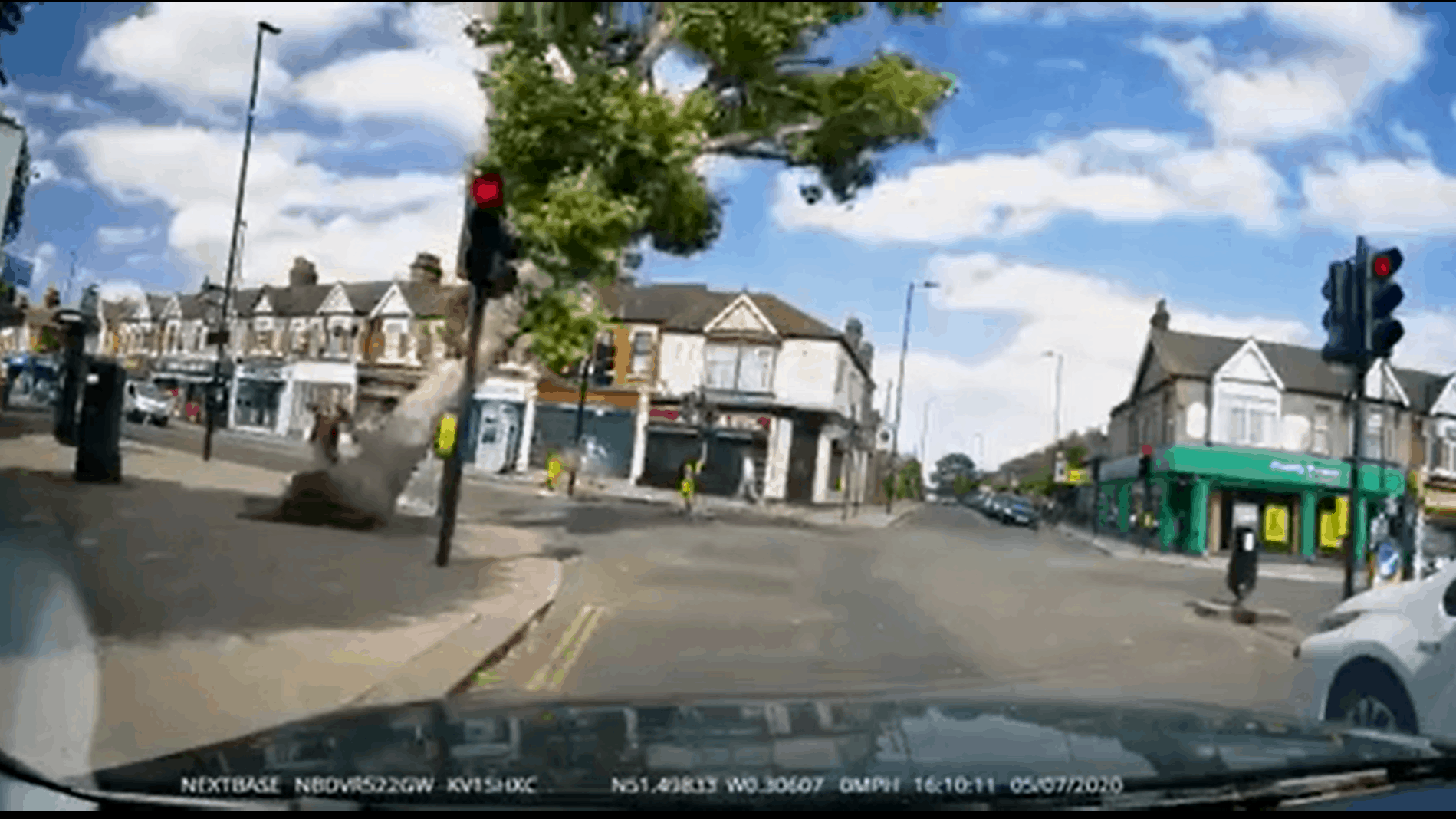 A large tree narrowly missed passing pedestrians when it fell on to a busy road junction in Ealing, west London.

Dashcam footage shows the moment the tree was uprooted on Saturday afternoon, with two people narrowly leaping out of the way as it falls.

The video was taken from Andrew Thomas’s car as he was driving through the area with his girlfriend Joanna Wolman.

“As a person with anxiety I was shocked and scared,” Ms Wolman, 33, told the PA news agency.

“Seeing that couple approaching and the tree falling was so horrific for me. You can hear us swearing (in the video).

“That pair were so lucky… a person who is constantly looking (at their) phone would be killed.”

Here’s the tree at the junction of South Ealing Road and Little Ealing Lane getting blown over this afternoon. Amazing car cam footage by Joanna Wolman.

Ms Wolman and Mr Thomas called police just after 4pm and officers informed the local council of the downed tree at the junction of South Ealing Road and Little Ealing Lane.

The Metropolitan Police said they believe no one was injured in the incident.

Mr Thomas, 41, who works as a health and safety manager, said: “My shock is how the tree got to that state in the first place… when were the checks of it done?

“Surely this is the council’s responsibility to ensure the safety of the public? This case they clearly did not.”

A spokeswoman from Ealing Council said: “While the cause of this incident is yet to be established, all trees in the borough are inspected on an ongoing basis and maintenance carried out as required.”

The spokeswoman added the tree had since been removed.

I urinate 60 times a day…I have virtually no sex, social or work life