It comes after days of unrest which were sparked by video footage of a black man dying after a white police officer knelt on his throat. 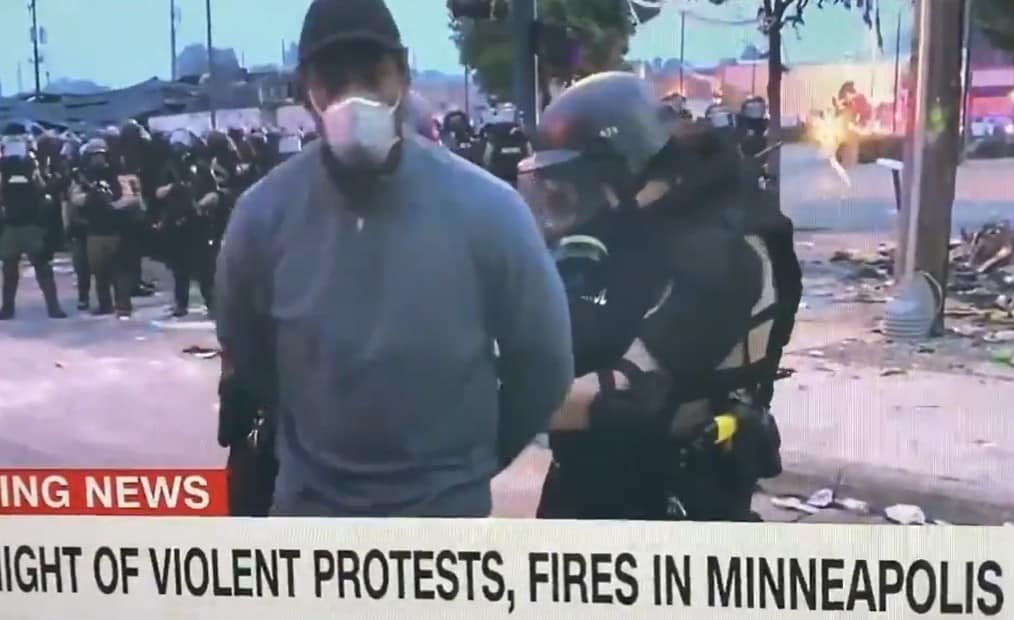 Minneapolis police arrested a black CNN reporter live on air as he reported on the ongoing protests in the city.

Omar Jimenez and his crew were handcuffed and led away by law enforcement during a broadcast, despite them identifying who they are.

It comes after days of unrest which were sparked by video footage of a black man dying after a white police officer knelt on his throat.

“A CNN reporter and his production team were arrested this morning in Minneapolis for doing their jobs, despite identifying themselves — a clear violation of their First Amendment rights. The authorities in Minnesota, including the Governor, must release the three CNN employees immediately,” CNN said in a statement.

This is unbelievable. Minneapolis police just arrested black CNN reporter Omar Jimenez live on air even after he identified himself. I’ve never seen anything like this.#GeorgeFloyd #MinneapolisRiot #omarjimenez pic.twitter.com/gSx1Kuxznm