By Charles Hibbert  Experienced BBC weather presenter Louise Lear was unable to control a badly timed laughing fit live on air. Attempting to present the six o’clock weather report, Louise clearly found something very amusing and broke down into multiple laughing fits throughout her report. Louise has actually been working with BBC weather since 1998 […] 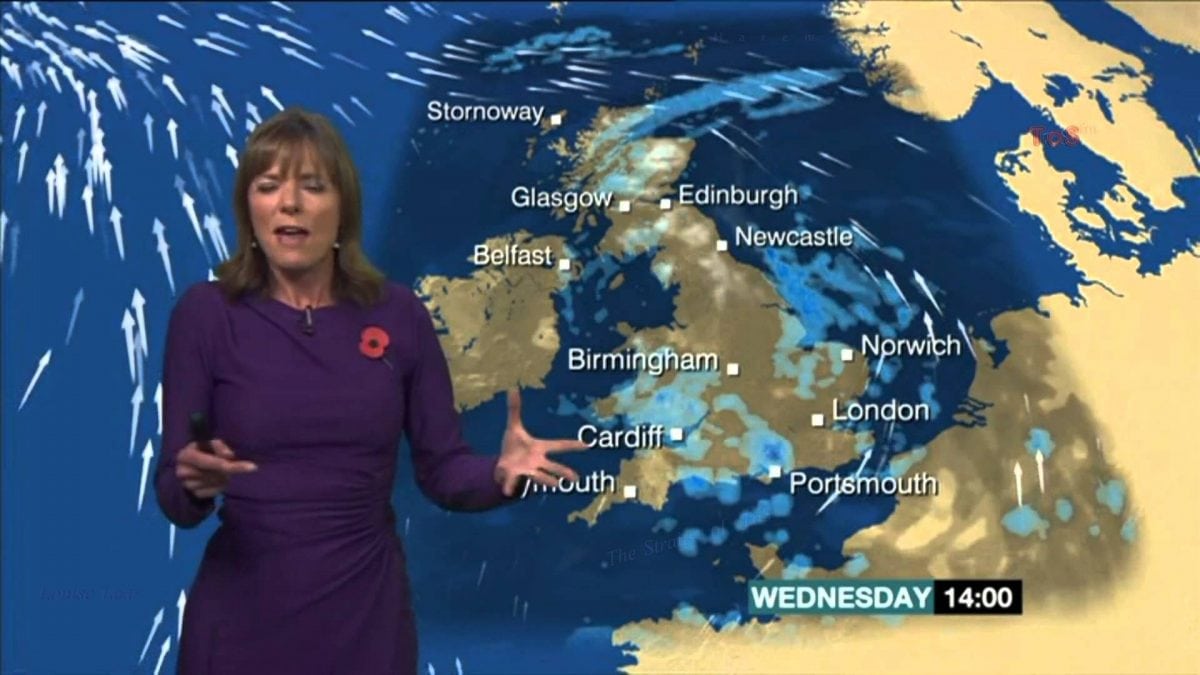 Attempting to present the six o’clock weather report, Louise clearly found something very amusing and broke down into multiple laughing fits throughout her report.

Louise has actually been working with BBC weather since 1998 and has also presented other BBC programmes, so whatever set her off must have been truly hilarious.

The reason as to why Louise couldn’t keep it together is still unclear, with many asking on social media what caused her uncontrollable laughter.

I hope we find out exactly what caused Louise Lear’s hysterical meltdown. Any ideas, @bbcweather?

Many have suggested that it was something News Reader Simon McCoy said before handing over to Louise.

I gave #LouiseLear a big hug once she’s stopped. Sadly, I think it made things worse. #giggles

But Simon claimed he had nothing to do with Louise’s laughing fit.

@theJeremyVine She is fab! Neither of us responsible! #justsaying

Simon did go to chat to his colleague after the report ended.

I gave #LouiseLear a big hug once she’s stopped. Sadly, I think it made things worse. #giggles

While many want to find out why she was crying with laughter live on air, the popularity of the video has made many calling to see more of Louise Lear on the BBC weather.

Other entertaining reports like this have happened before though and the popularity of the video can spare any embarrassment for Louise.