Crowds of maskless people were pictured inside the reception of the building in central London. 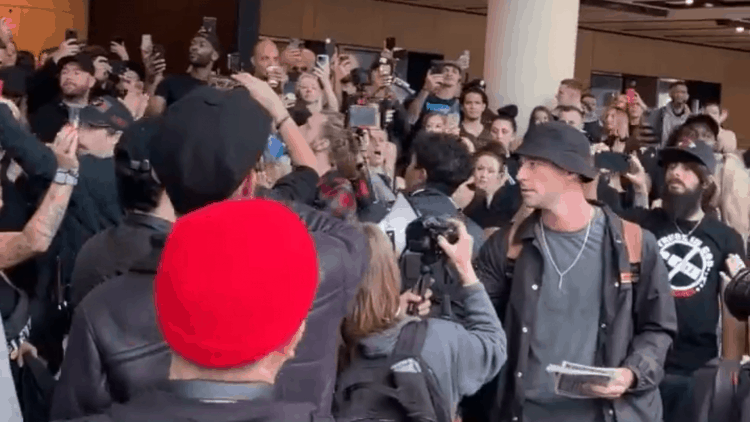 Crowds of maskless people were pictured inside the reception of the building in central London which houses the news operations of ITV, Channel 4 and Channel 5.