A shocking story in the Observer revealed the conditions endured by unaccompanied Afghan minors in Home Office care. 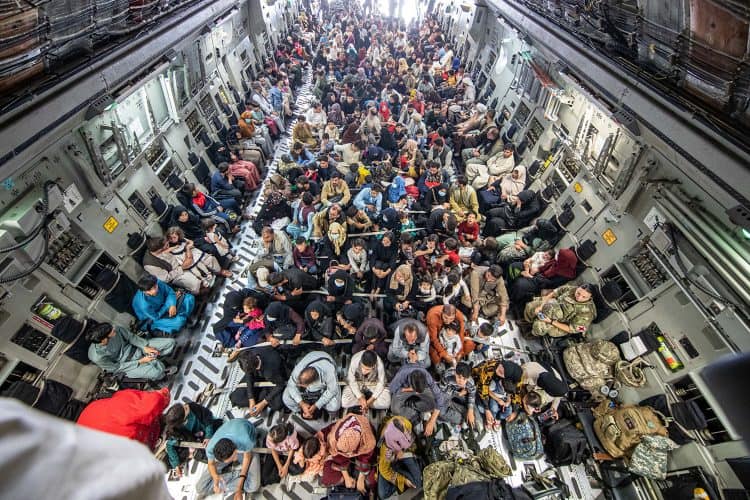 Afghan child refugees are reportedly being held by the Home Office in hotels for weeks without shoes, spare clothes, money or access to health care.

According to the Observer, unaccompanied Afghan minors have not been given access to legal advice or interpreters – with some unaware where in the country they had been sent.

The shocking report suggested that children are being put into taxis and driven across the country with no escort or protection system in place – in one case, 250 miles from the south coast to Yorkshire.

It came just days after a five-year-old Afghan refugee fell to his death from a ninth-floor Sheffield hotel window just days after arriving in the UK. Asylum seekers were previously removed from the hotel because it was unfit for them to stay in, it emerged on Saturday.

Elaine Ortiz, founder of the Hummingbird Project in Brighton, told the newspaper: “The Home Office is meant to be their corporate parent but they are not taking responsibility – there’s no child protection, no health screening, no processing of asylum claims. It is shocking.”

But the article drew withering criticism from the Home Office, which took to Twitter to condemn the Observer’s “inaccuracies”.

This article is littered with inaccuracies and claims which are untrue. The Home Office works night and day to ensure the welfare and needs of children in our care are met. https://t.co/CB7rIlcgCK