It comes as Defence Secretary Ben Wallace has said the Kabul evacuation effort is “down to hours now, not weeks.” 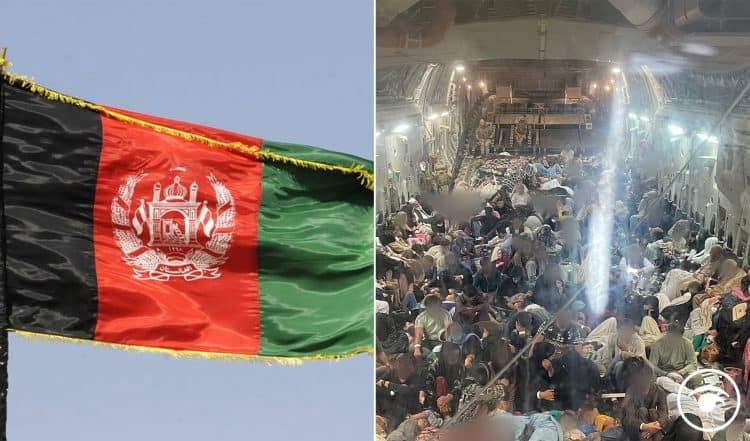 The Afghanistan flag will be displayed in the opening ceremony of the Paralympics even though the country’s athletes were not able to get to Tokyo to compete.

It comes as Defence Secretary Ben Wallace has said the Kabul evacuation effort is “down to hours now, not weeks” as he conceded Britain’s involvement will end when the US leaves Afghanistan.

The Taliban also said any attempt to continue the operation past August 31 would “provoke a reaction” as Boris Johnson prepared to press Joe Biden for an extension to the deadline.

With the UK still hoping to evacuate thousands more people, the Prime Minister will urge the US president to delay the withdrawal of forces from Kabul airport during a summit of G7 leaders.

Andrew Parsons, president of the International Paralympic Committee, said it will be done as a “sign of solidarity”.

He said a representative of the Office of the UN High Commissioner for Refugees will carry the flag in the National Stadium during the opening ceremony on Tuesday.

It is the same stadium where the opening ceremony of the Olympics took place on July 23.

The two Paralympic athletes from Afghanistan – para-taekwondo athlete Zakia Khudadadi and discus thrower Hossain Rasouli – were unable to reach Tokyo after the Taliban took control of the country more than a week ago.

Mr Parsons said 162 delegations will be represented in Tokyo, including refugee athletes.

The IPC has said about 4,400 athletes will compete in the Paralympics. The exact number is to be released on Tuesday.

The Paralympics, due to close on September 5, faces a surge in Covid-19 cases around Tokyo.

Organisers and the IPC say there is no connection between the Olympics or Paralympics taking place in the Japanese capital and rising cases among the general population.