"Why do we need Pride? Because people still feel the need to protest our existence." 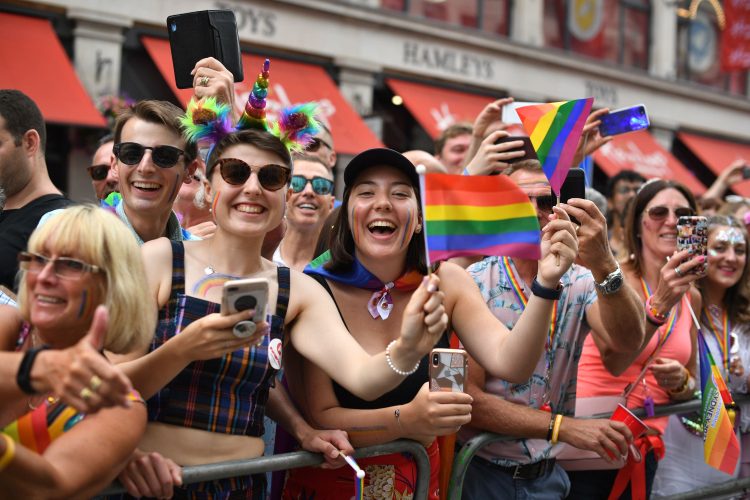 More than a million people descend on the capital for Pride in London yesterday.

It was the first time the event has been held since the outbreak of the pandemic and is the 50th anniversary of the UK’s first ever Pride parade.

The event, which organisers called it the “biggest and most inclusive event in history”.

It also featured a line-up of artists performing across four stages around Central London.

Commencing at midday on Saturday from Hyde Park Corner, the parade paid homage to the 1972 march, passing significant sites from the UK’s first LGBT+ movement. The parade will ended tat 6pm, finishing at Whitehall Palace.

All proceeds raised from commercial partnerships are reinvested into the LGBT+ community, such as through the Unity Fund, organisers said.

The Unity Fund aims to build stronger communities by providing one-off grants to grassroots organisations, which address the needs of the UK’s LGBT+ community.

Starmer and Rayner made an appearance.

But not everyone was happy about it, a small band of anti-LGBT protestors were challenged by a young pride supporter.

Then the cast of hit coming-of-age drama Heartstopper also joined in and danced the hate away.

People loved this bold act of defiance from the actors.