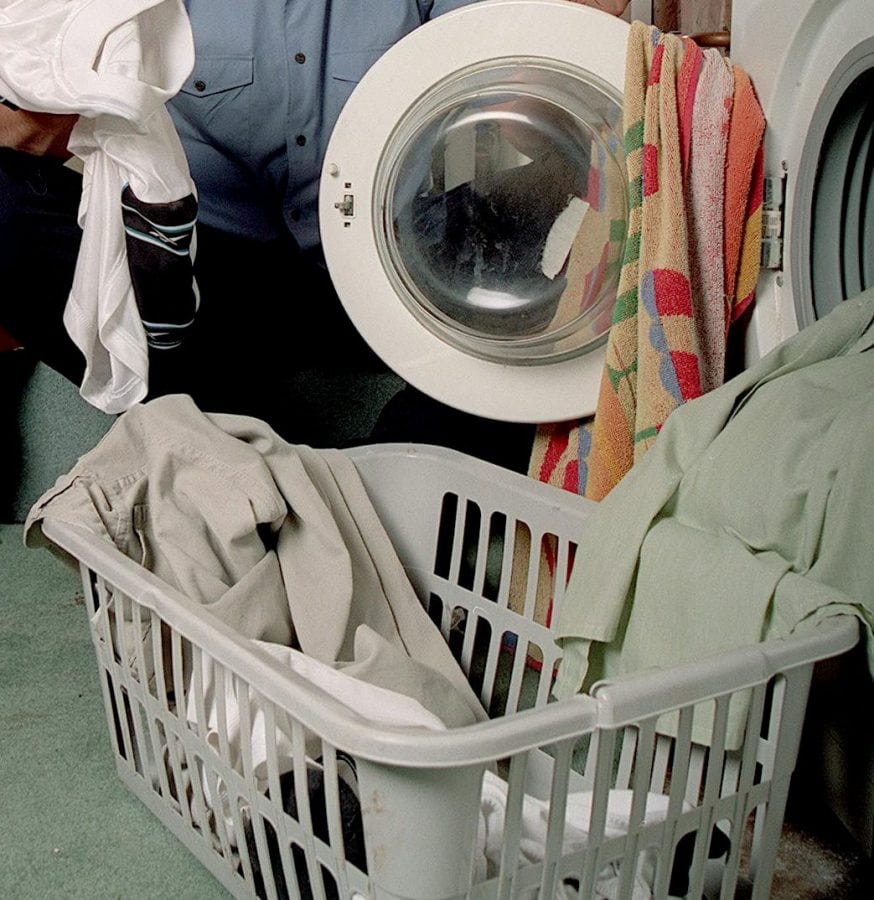 Washing machine wastewater is polluting Britain’s waterways with microplastic, according to a new report.

The study shows that the deadly tiny plastic pieces increase threefold in rivers after going through wastewater plants.

And in one case it was 69 times higher downstream than upstream.

These plants deal with all household water waste, including sewage, but it is believed much of the plastic comes from man made textiles in washing machine waste water.

But the researchers also found that plastic pollution upstream of the plants was caused by airborne pollution and agricultural run-off.

There has been a lot of publicity about how microplastic has entered the food chain in the world’s oceans but little research so far on closer to home.

Microplastics are shards with a diameter less than five millimetres and findings show they are leaving our waterways at risk of extremely harmful microplastic pollution.

Scientists at the University of Leeds found that treatment plants across Northern England were linked to an increase in dangerous pieces in six sample rivers – on average up to three times higher but in one instance by a factor of 69.

Researchers say that plants struggle to deal with the tiny pieces slipping through their systems.

A recent Plymouth University study caused a stir when it was reported that plastic was found in a third of UK-caught fish, including cod, haddock, mackerel and shellfish

Professor Paul Kay, leading the Leeds University study, warned of more plastic in our rivers and oceans if we don’t think seriously about our attitudes towards what we allow into our waterways.

Fragment and fibres made up nearly 90 per cent of the microplastics found in the river samples and Dr Kay thinks that gives us an indications to how our lifestyles affect the issue.

He said: “By categorising the types of microplastics we can identify what aspects of our lifestyle are contributing to river pollution.

“Not that long ago microbeads in toiletries and cosmetics were the microplastics getting all the public attention.

“Seeing the amount of plastic microfibres from clothing and textiles polluting our rivers, we need to think seriously about the role of our synthetic fabrics in long-term environmental harm.

“This was most substantial at site 1 (Wanlip on the river Soar) due to one particular sampling event where the number of microplastics found downstream was 69 times higher than upstream.

“Significant sources of MPs (microplastics) other than wastewater treatment plants exist in river catchments, which may comprise agricultural land to which sewage sludge has been applied, breakdown of plastics used in agriculture, and aerial deposition of MPs from other areas.”

He added: “Microplastics are one of the least studied groups of contaminants in river systems.

“These tiny plastic fragments and flakes may prove to be one of the biggest challenges in repairing the widespread environmental harm plastics have caused.”

As well as fibres from clothing, the harmful pieces come from a range of materials including tiny plastic beads found in health and beauty products and plastic flakes that break down from packaging.

The School of Geography professor, added: “In addition to exposing river ecosystems to the pollutants found in microplastics, a huge quantity continues to flow downstream and is then flushed into the ocean, posing a further threat to marine environments.”

Professor Kay remained hopeful that finding ‘key entry points’ of microplastics can provide a focus to stopping the flow into our rivers but warned that ‘pervasive’ plastics were also found upstream.

He said: “So, while strengthening environmental procedures at treatment plants could be a big step in halting their spread, we cannot ignore the other ways microplastics are getting into our rivers.”

The researchers examined 28 river samples from six different field sites across Northern England and focused on treatment plants that serve a varied amount of people and in terms of the rivers characteristics and the treatment technologies used for the contaminated water.

This allowed for a broader understanding of how different factors could affect how much wastewater treatment plants contribute to microplastic pollution.

The study categorised the types of microplastics found into pellets or beads, fibres and fragments or flakes.

The six wastewater plants sampled were Wanlip on the Soar, Barnard Castle on the Tees, Horbury Junction on the Calder, Naburn on the Yorkshire Ouse, Driffield on the Hull and Thorp Arch on the Wharfe.

The study was published in the journal Environmental Science and Pollution Research.