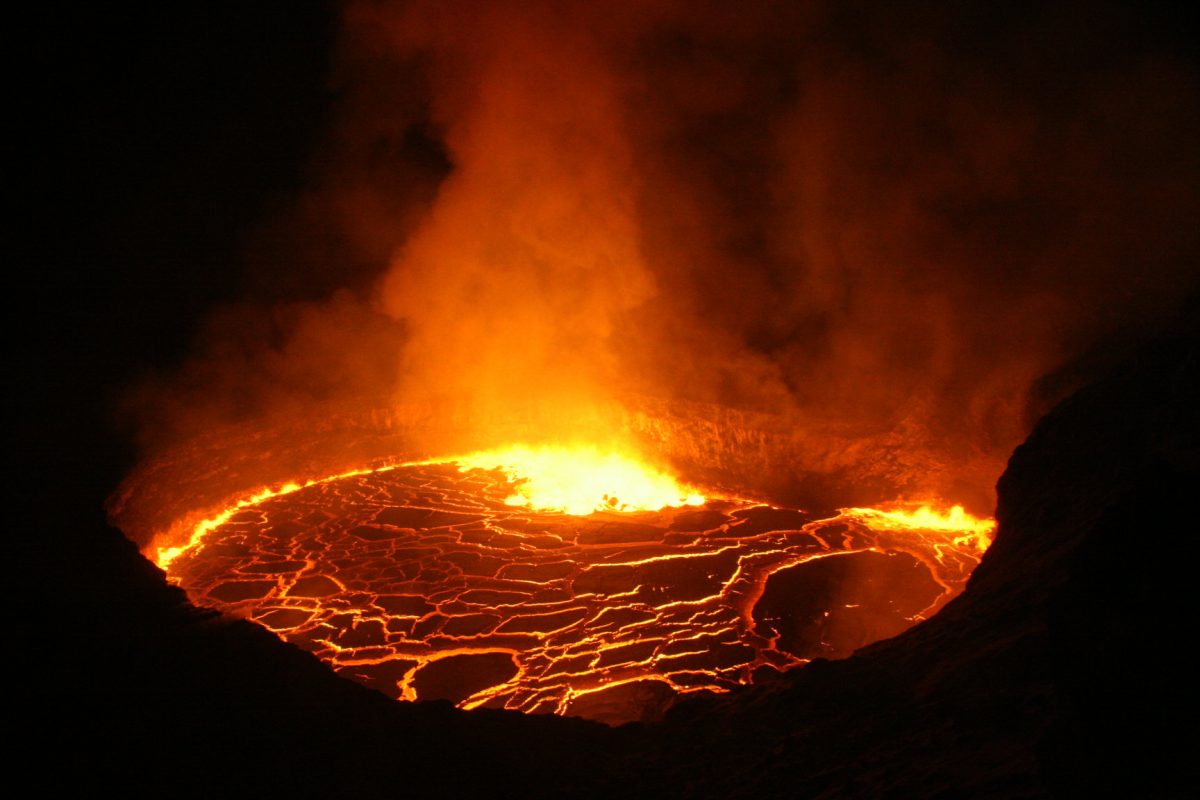 Scientists say the Gaskiers glaciation could have been triggered by huge amounts of carbon dioxide being absorbed as part of the weathering process of the solidified lava.

Researchers at the University of Heidelberg in Germany discovered a huge areas of igneous rock caused by a ‘binge’ of eruptions at the time.

The solidified rocks were hundreds of miles across and spanned land that later formed part of Mexico, North America, and northern Europe.

They release massive amounts of CO2 into the atmosphere and cause short-term global warming.

But the effect is reversed after the lava rock begins to weather and starts to absorb the greenhouse gas.

Dr Schmitt said: “Over timescales of millions to tens of millions of years, the weathered rocks can sequester sufficient carbon dioxide to plunge Earth’s climate into an extreme ice age.

“At the end of the Proterozoic Eon, there were three worldwide glaciations. From space, the Earth would have resembled a snowball.

“The weathering process is especially intense at tropical latitudes.”

He explained how volcanism releases carbon dioxide into the atmosphere while weathering of silicate rocks on Earth’s surface traps it into carbonate rocks.

But disturbances of this equilibrium are known to have occurred throughout Earth’s history.

The German-Mexican research team who discovered the remnants of the huge “igneous province” said it could have triggered one of the biggest glaciations in Earth’s history – the Gaskiers glaciation.

These dikes are the roots of lava flows that have been long eroded and they team showed that dike rocks from Mexico are indistinguishable from dated rocks from Canada and Norway.

Their trace element and isotopic compositions were identical.

They used this mineral which exclusively crystallises in magma to date the rocks to 619 millions years old – matching the time when the Canadian and European rocks were formed.

The researchers believed that the long-term climate effects of this large igneous province led to the Gaskiers glaciation around 40 million years later.