Horrific images show cars washed away and homes destroyed after heavy rain caused a landslide at Loch Katrine in Stirling. 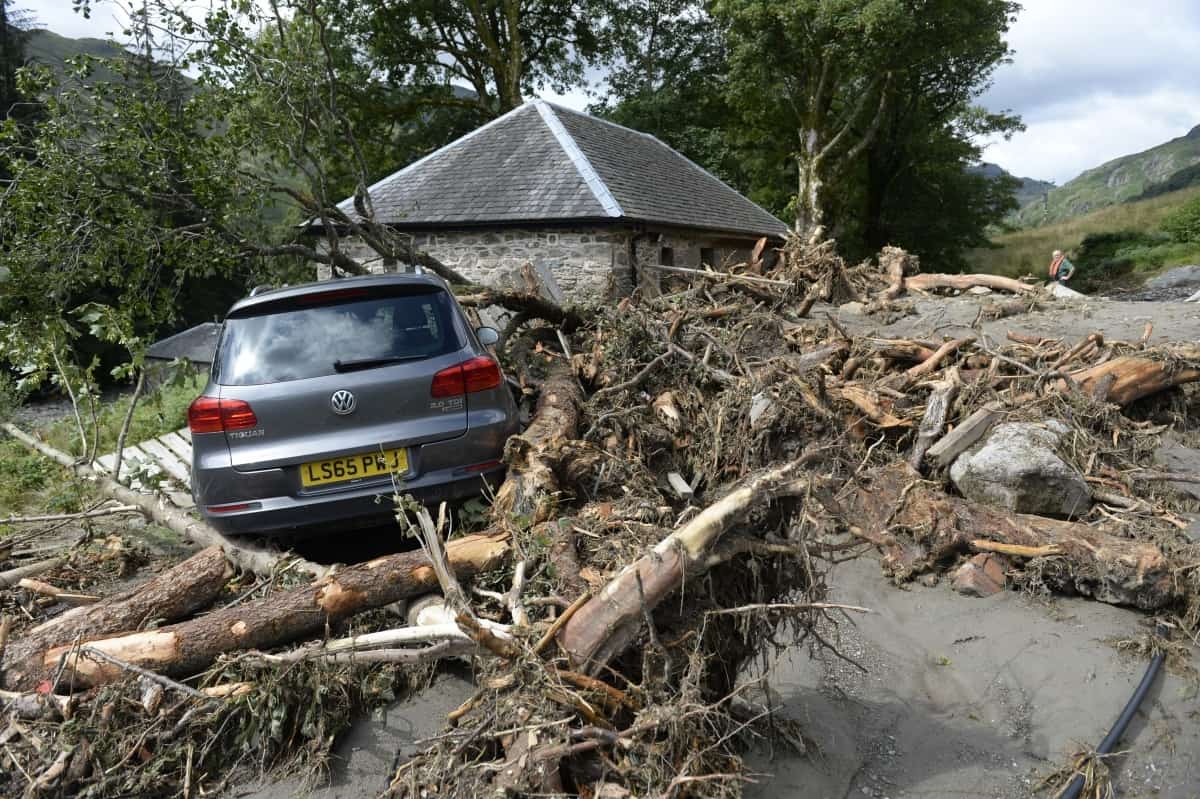 Horrific images show cars washed away and homes destroyed after heavy rain caused a landslide at Loch Katrine in Stirling.

Police said the incident occurred at 6am on Monday and 14 people were evacuated but there were no casualties.

Some parts of the area are now only accessible by boat after roads were destroyed by the large mudslide near Glengyle House, built by Rob Roy.

Glengyle sits at the northern end of Loch Katrine and it is a hotspot for heritage hunters embarking on the trail of the infamous outlaw.

Emergency teams are working to restore electricity and phone lines around the area.

A Police Scotland spokeswoman said: “Officers continue to support a multiagency response after heavy rainfall caused landslides on the banks of Loch Katrine.

“The landslides occurred in the early hours of Monday 5th August and emergency response has been ongoing since this morning.

“Teams are working to restore power to a small number of properties which have been affected, and there remains a road closure between Glengyle House and Portnellan.

“Fourteen people evacuated properties prior to and during the landslides, and there are no reports of any casualties.

“There are currently no concerns over the infrastructure of Loch Katrine, however, members of the public are asked to avoid the affected area until further notice.

“The road to Trossachs Pier remains open and local businesses are unaffected.”