"The putrid conditions in which farmed fish are reared creates a breeding ground for disease, that not only causes serious animal welfare issues but also delivers widespread habitat destruction, water pollution and the development of life-threatening drug-resistant superbugs." 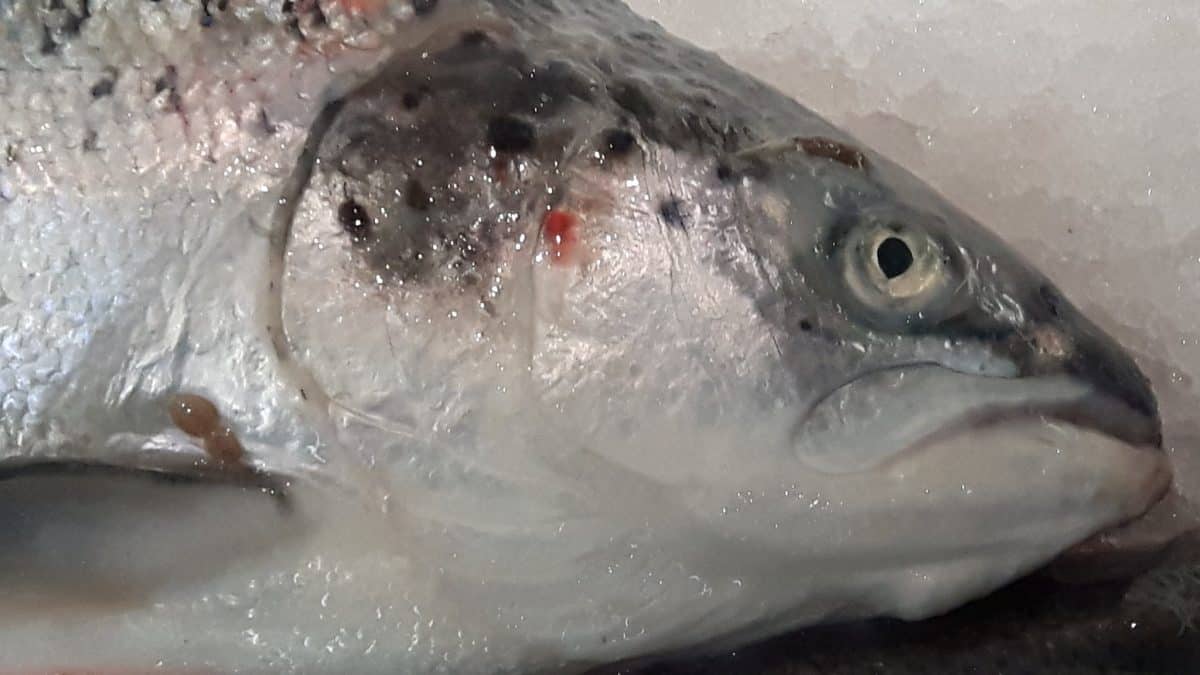 Intensively farmed Scottish salmon are infested with flesh-eating sea lice, campaigners warn, posing a major threat to the health of our oceans. These fish are supplied to supermarkets throughout the UK.

Shocking footage has been released by Viva! Campaigns following their recent investigation into Scottish salmon farming, which will raise concerns about food standards.

They say fish are being kept in “putrid” overcrowded sea pens – a breeding ground for diseases.

The campaign group say not only does this cause suffering and stress for the fish, but it’s also a major risk to the environment.

Campaigners say it pollutes lochs, rivers and seas, and is a threat to local wildlife.

In September 2020 undercover investigators visited a number of farms in the Highlands. There, they discovered a hidden industry that is pouring tonnes of formaldehyde in Lochs and which forces salmon to live in overcrowded pens where they are being eaten alive by sea lice.

Last year, 22 tonnes of formaldehyde used to treat the lice was poured into 12 Scottish sea farms.

Farmed salmon are kept in overcrowded sea pens which provide a breeding ground for sea lice. In severe cases lice consume the flesh around the fish’s’ head and neck area right down to the bone, causing immense suffering and stress for the fish.

Lex Rigby, Head of Investigations at Viva!, says: “We’re led to believe that aquaculture is the sustainable solution to overfishing, but its rapid intensification has brought with it the same problems we have with factory farms on land.

Viva! also said they witnessed ­dedicated boats patrolling a farm owned by Scottish Sea Farms to “clean” the salmon of the lice using a practice they likened to a “brutal washing machine”.

The Scottish Salmon Producers Organisation claims ‘Our salmon are reared with their health and welfare as our top priority.’

“The putrid conditions in which farmed fish are reared creates a breeding ground for disease, that not only causes serious animal welfare issues but also delivers widespread habitat destruction, water pollution and the development of life-threatening drug-resistant superbugs. It’s wrong to think that fish do not suffer when it’s been scientifically proven time and time again that they do. To avoid contributing to their pain the only solution is to leave them off our plates and choose vegan.”