The planet is getting hotter and the Tories can't decide how much money they have allocated to combat it. Great! 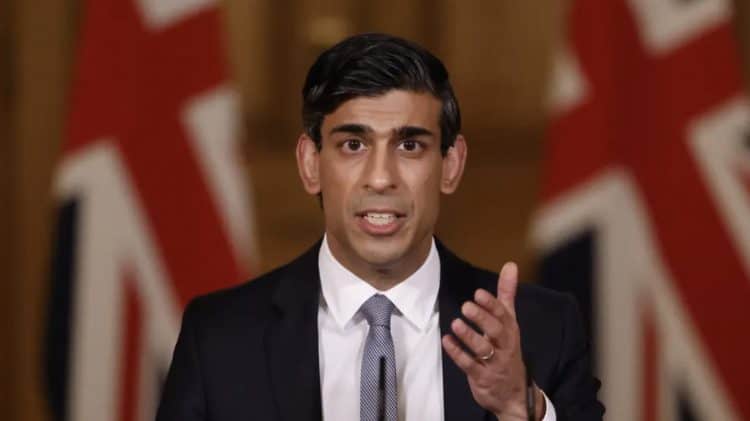 Chancellor Rishi Sunak has insisted that the government’s new budget for tackling climate change is £12 billion, three times higher than the amount claimed by business secretary Alok Sharma at the end of last year.

Fatima Ibrahim, co-executive director at climate action group Green New Deal UK, confronted Sunak by telling him he represents “all of us”, but that he seems to be “blocking action on climate change”.

Sunak replied by suggesting to her that she has “a look at the prime minister’s fantastic 10-point plan”, a point he repeated and praised again upon hearing Ibrahim replying: “There’s no plan to meet net zero! You’re approving new coal mines!”

‘One of the best anywhere in Europe’

She then proceeded to remind him that the 10-point plan was allocated only £4 billion of new investment, which she labelled as “nothing”, but Sunak repeated several times that it’s “actually £12 billion”.

Ibrahim also mentioned a £27 billion investment in new roads programmes, in contrast to the 10-point plan, and Sunak said billions are invested in “one of the best electric charging infrastructures anywhere in Europe”.

Upon being asked what action the government is taking against flooding in the UK, Sunak replied: “It was really nice to meet you”.

“No, I don’t think you’re doing enough and you seem to be running away and that’s really sad. This should be your priority,” Ibrahim concluded.

❌ The govt’s plan only includes £4bn of new money
❌ There is no comprehensive plan for how to tackle climate change
❌ They are still approving new climate-wrecking oil and coal projects pic.twitter.com/1HOksD4eFF