Around 6,500 people are being urged to leave Whaley Bridge in Derbyshire after the days of heavy rainfall 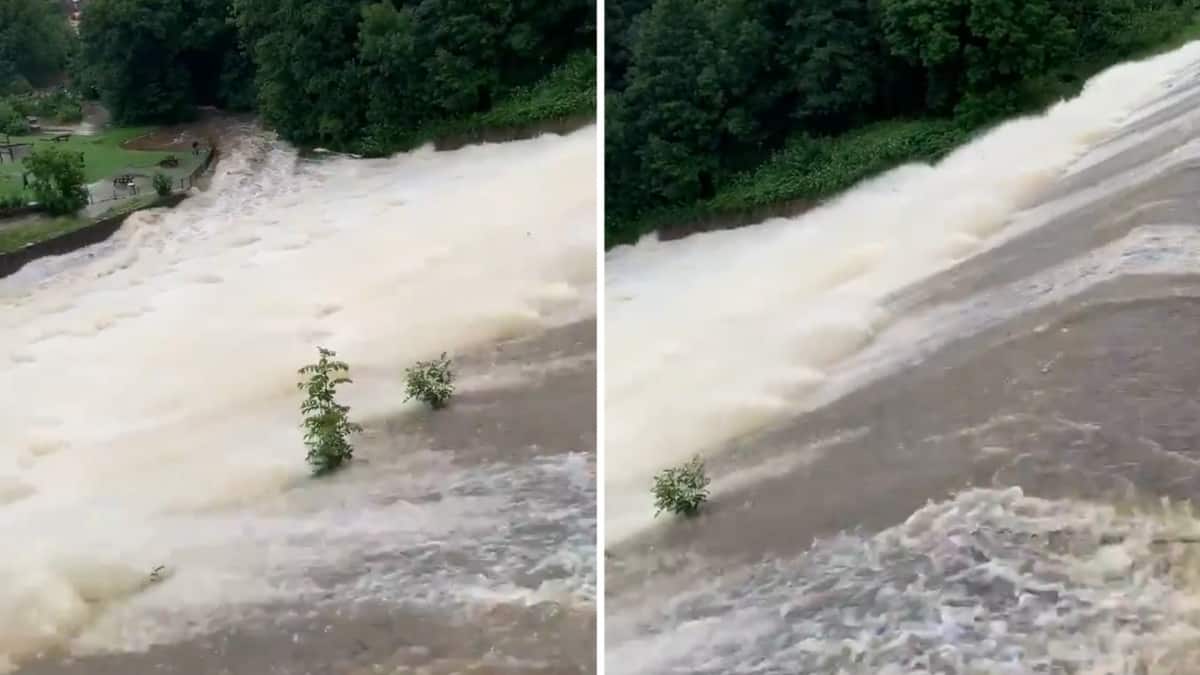 This is the moment floodwater poured over a collapsed reservoir dam following torrential rain just hours before a town was evacuated.

Around 6,500 people are being urged to leave Whaley Bridge in Derbyshire after days of heavy rainfall.

Police are going door to door, telling people to leave their homes and businesses and gather at a local school for evacuation.

The video shows the dam yesterday (31) and was taken by local David Brocklehurst, 36.

The father-of-one, an engineer, was sent home from work early today (1) by police, and thankfully lives up a hill, safe from potential flooding.

He said: “The last few days have had a lot of rain.

“The dam with water overflowing the reservoir – that’s not been seen to happen often.

“The police were saying to people this morning that they would rather people evacuate, but you don’t have to go if you don’t want to, but we advise that you should.

“At 2.45pm today though they came back to work and said you’ve got to evacuate.”

Elsewhere in the area, homes have flooded due to heavy rainfall which tore up the road, dumping tons of debris and rocks in the road.

Retired reporter Steve Cliffe, 66, said neighbours in the hamlet of Fernilee were flooded and cut off.

“The problem is we just can’t get out,” he said.

“Fernilee is about 1.5 miles outside Whaley Bridge, up the hill.

“What seems to have happened is that during the real cloud bust, water has come down the main road up above us, and has been siphoned down this lane.

“It’s never had that quantity come down it before.

“It has ripped up the road surface and bedrock underneath, and now there’s rocks and debris deposited all over the place.”

He said they were waiting for farmers with small diggers to come clear the road, so they could get their vehicles out.