By Joe Mellor, Deputy Editor Yesterday Osborne sent his deputy David Gauke to take the hits from the House of his Budget statement. Cowardly George didn’t fancy facing any dissent. Gauke failed to give an answer to how the black hole left by the scrapping of disability benefit cuts would be filled, under sustained attack […] 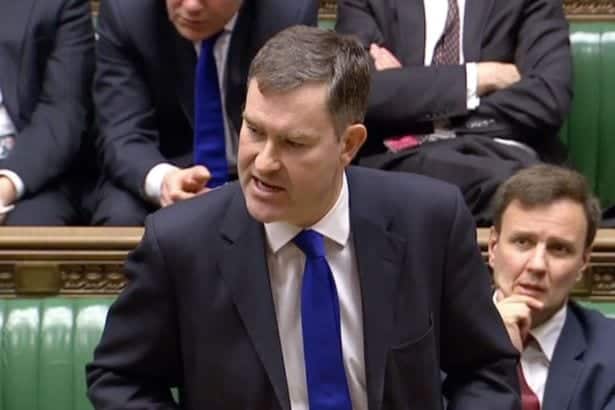 Yesterday Osborne sent his deputy David Gauke to take the hits from the House of his Budget statement. Cowardly George didn’t fancy facing any dissent.

Gauke failed to give an answer to how the black hole left by the scrapping of disability benefit cuts would be filled, under sustained attack from opposition MPs. There is now a £4.4bn black hole to fill.

Shadow Chancellor John McDonnell was on fine form as he laid into the absent Chancellor. He said: “The budget process is in absolute chaos. It is unprecedented for the government to withdraw a major part of the budget and to have three opposition amendments granted on just its third day.

“Isn’t the prudent thing for the Chancellor to do to withdraw this budget and start again? This is no way to deliver a budget, and no way to manage an economy.”

Labour’s Yvette Cooper also threw herself into the onslaught, she said: “Five days ago the Chancellor stood at that despatch box and published the Budget scorecard [its financial tables – with £4bn cuts to PIP].

“Where is the revised scorecard without it? Its it true the cut is going to come from elsewhere in the DWP Budget?”

“If the Chancellor is too scared to answer questions in this House on the issue then he’s not fit to do the job.”

Under a relentless attack from the House Mr Gauke struggled to cope. He managed to reel off quite a few of George Osborne’s favourite catchphrases, but they felt hollow and lacked bite. He said Government were still cleaning up “Labour’s mess” and they are still following the “Long Term Economic Plan.”

Gauke stood firm on the Government’s claims to be on the side of disabled people, even if disability benefits had been slashed in the Budget. He said: “That is not a government that is cutting at the expense of disabled people,” adding that the disabled had “benefited hugely from compassionate Conservatism.”

It was no use though and the criticism kept coming at Gauke, Stewart Hosie, the SNP’s economic spokesperson demanded Osborne should come up with a re-worked plan.

Hosie said: “Has the Chancellor pencilled in a date for his Summer Budget, and if he hasn’t can I suggest he does now?”