“This is some of the worst abuse we have ever witnessed, and the wanton cruelty is hard to fathom." 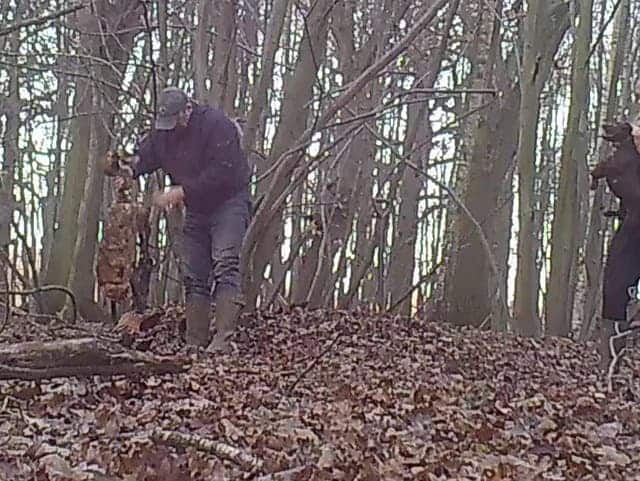 The North London Hunt Sabs group have said they filmed the man, with hidden camera, earlier this month arriving armed with a terrier, rods, a net and pitchfork in what they have called ‘the worst abuse we have ever witnessed.’

Hunts build artificial earths, an underground network of pipes and chambers, to encourage foxes into an area.

They are then trapped in the earth and released before a hunt to be chased and killed.

This artificial earth was rebuilt in 2020 and North London sabs have been monitoring it since then with concealed cameras.

A spokesperson from North London Hunt Sabs said hunting was “steeped in animal abuse” and that lawful “trail hunting” did not necessitate building artificial earths or capturing foxes.

Lee Moon, of the Hunt Saboteurs Association, said: “This is some of the worst abuse we have ever witnessed, and the wanton cruelty is hard to fathom.

“Whilst most people who watch the video will be horrified, the calm and methodical manner in which the two individuals go about catching and torturing this poor fox show how commonplace their actions are.”

He added: “Cruel and psychopathic individuals who see wild animals as their playthings to be tortured for their own sick ends.

“Acts like this are sickeningly commonplace within the hunting community.”

Essex Police told ITV News it had arrested a 48-year-old man and said: “He was arrested on suspicion of offences under the Hunting Act 2004, the Animal Welfare Act 2006 and the Wild Mammal Protection Act 1996. He remains in custody at this time.”