The increase in asteroid showers backs widely held view the dinosaurs were wiped out by a massive impact, say scientists 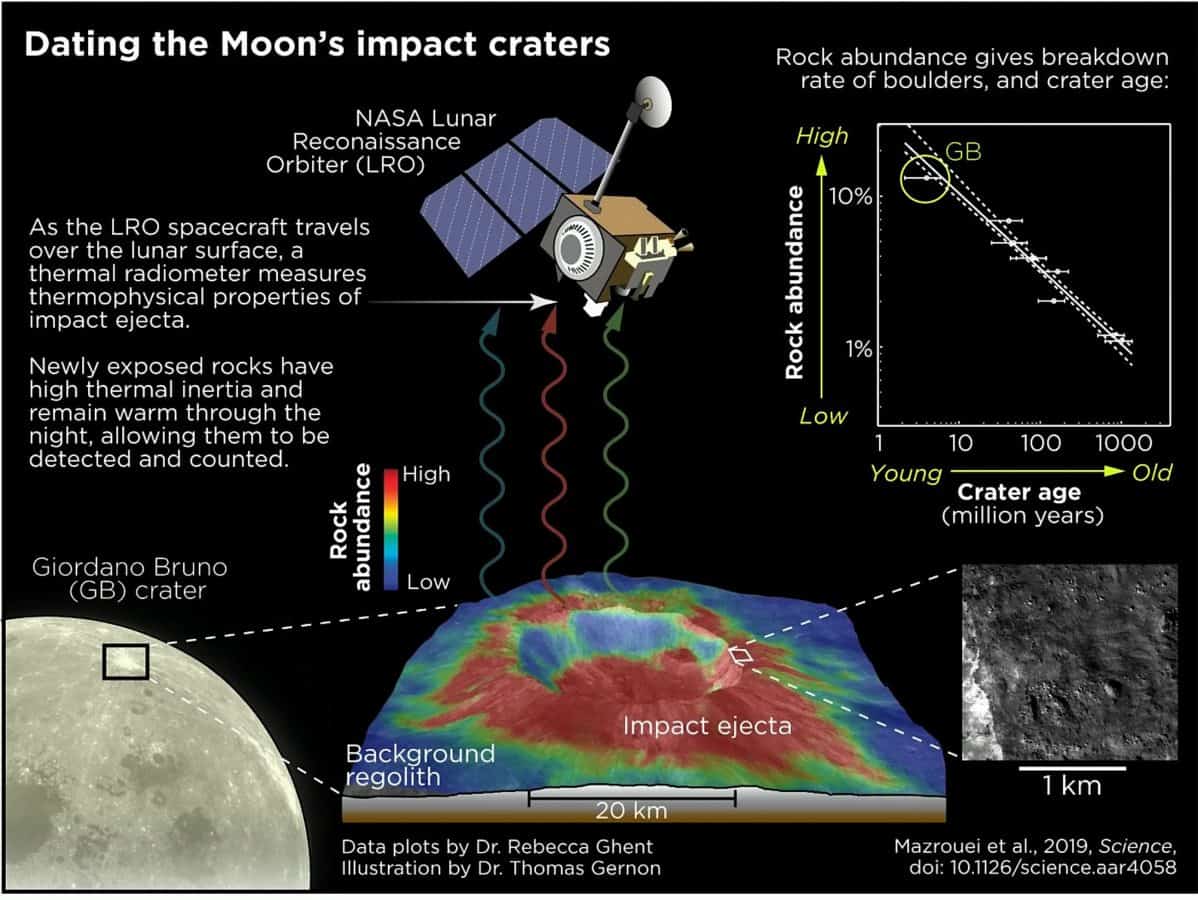 The number of asteroids striking Earth has soared since the age of dinosaurs, according to a new study.

The increase in asteroid showers backs widely held view the dinosaurs were wiped out by a massive impact, say scientists.

The international research team has found that, over the past 290 million years, asteroid impacts have increased by up to three times – and the increased asteroid showers doomed the dinosaurs around 66 million years ago.

Study co-author Dr Thomas Gernon, an Associate Professor in Earth Science at the University of Southampton, said dinosaurs proliferated about 250 million years ago.

But he said: “As a species were particularly vulnerable to large impacts from the get-go, more so than earlier animal groups.”

“It’s perhaps fair to say it was a date with destiny for the dinosaurs – their downfall was somewhat inevitable given the surge of large space rocks colliding with Earth.

While the reason for a jump in the impact rate was unknown, researchers speculate it might be related to large collisions taking place more than 300 million years ago in the main asteroid belt between the orbits of Mars and Jupiter.

This would have create debris that could reach the inner solar system.

And the findings challenge our previous understanding of Earth’s history which is punctuated by major extinction events and rapid evolution of new species.

Asteroid impacts would have played a major role in mass extinctions, the study published in the journal Science suggested.

While the researchers weren’t the first to propose that the rate of asteroid strikes to Earth has fluctuated over the past billion years, they are the first to show it statistically and to quantify the rate.

Co-author Dr Rebecca Ghent, of the University of Toronto in Canada, said: “The relative rarity of large craters on Earth older than 290 million years and younger than 650 million years is not because we lost the craters, but because the impact rate during that time was lower than it is now.

“The findings may also have implications for the history of life on Earth, which is punctuated by extinction events and rapid evolution of new species.

“Though the forces driving these events are complicated and may include other geologic causes, such as large volcanic eruptions, combined with biological factors, asteroid impacts have surely played a role in this ongoing saga.

“The question is whether the predicted change in asteroid impacts can be directly linked to events that occurred long ago on Earth.”

Scientists have been trying to understand the rate asteroids hit the Earth for decades, usually by studying the craters and dating the rocks around them.

But many experts assumed that the earliest craters have worn away over time due to erosion and other geological processes.

So they turned to the moon instead as both it and Earth are hit in the same proportions over time.

And they used thermal data and images collected by NASA’s Lunar Reconnaissance Orbiter (LRO), to determine the ages of the lunar craters.

Larger rocks giving off more heat than finer, lunar soil so scientists were able to calculated the rate at which Moon rocks break down into soil, and revealed a relationship between the amount of large rocks near a crater and the crater’s age.

This enabled the team to compile the ages of all lunar craters younger than about a billion years.

Younger craters tend to be covered by more boulders and rocks than older craters.

This happens because the boulders ejected by an asteroid strike get ground down over hundreds of millions of years by a constant rain of tiny meteorites.

When the team compared the ages and numbers of craters on the Moon to those on Earth, they made the remarkable discovery that they are extremely similar, challenging the idea that Earth had lost so many craters.

The team’s work led to the discovery that the rate of crater formation over the last 290 million years has been two to three times higher than in the previous 700 million years.

Lead author Dr Sara Mazrouei, also of the University of Toronto, added: “Our research provides evidence for a dramatic change in the rate of asteroid impacts on both Earth and the Moon that occurred around the end of the Paleozoic era

“The implication is that since that time we have been in a period of relatively high rate of asteroid impacts that is 2.6 times higher than it was prior to 290 million years ago.”